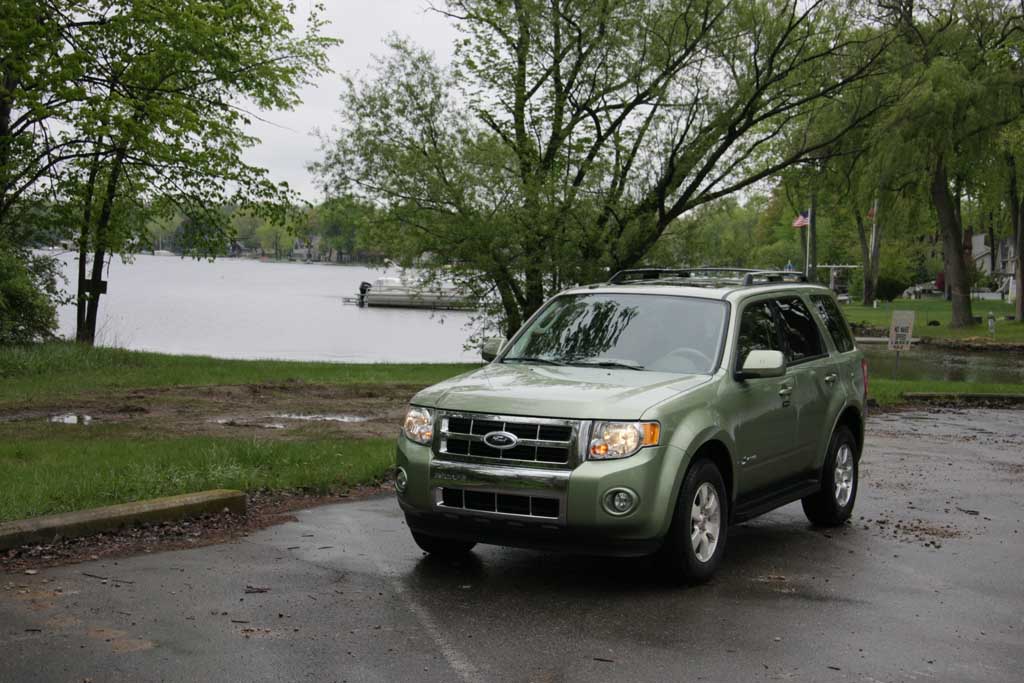 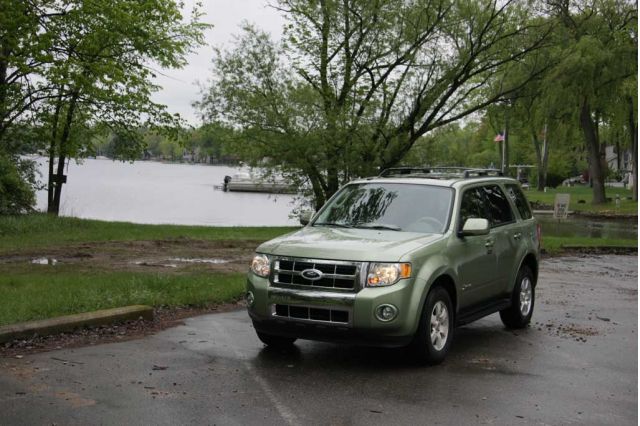 Despite the spring deluge, I had an opportunity to drive the 2009 Ford Escape today – in all three of its new incarnations. That means I-4, V-6, and Escape Hybrid. For those who haven’t had a chance to experience the crossover/SUV in recent years, Ford will deliver some pleasant surprises come July, when the ’09 Escape goes on sale, including big improvement in powertrain, handling, and noise levels.

Escape is one of Ford’s (few) big success stories, with sales taking a big jump in April, despite the automaker’s overall plunge in volume. If anything, the Blue Oval probably could sell even more, but its Kansas City plant is already working grueling overtime, so demand almost certainly outstrip sales of 15,600, last month.

Why are things going so well in the crowded compact crossover segment? Well, with rare exception, motorists shell-shocked by fast-rising fuel prices are snapping up just about everything available, from Toyota’s RAV-4 to Honda’s CRV, as they desperately hunt for something more efficient than the big SUVs they’re trading in.

And that would seem to provide a golden opportunity for Ford’s Escape Hybrid, which was the world’s first gasoline-electric sport-utility vehicle. While final figures have yet to be locked down, the automaker’s engineers are anticipating federal mileage ratings of 34 mpg city and 30 mpg highway. (Remember, hybrids generally do much better in stop-and-go driving, so urban mileage numbers oft exceeded those achieved on the open road.)

Yet it turns out Ford anticipates Escape HEV sales will hold flat this year at 25,000 units. Not only anticipates, but has effectively locked that volume into its production plans, even though it has built into the same plan book the capability of dramatically shifting V-6 production to I-4, “depending on what the free market wants,” says powertrain executive Bill Ickes.

Why would Ford be so conservative about the 2009 Escape Hybrid even as sales of many other HEVs are booming? According to marketing executive Dan Finnegan, buyers are looking for lots more Ford hybrids, as well…new gas/electric models, such as the Fusion and Milan. He predicts that Ford will sell as many of those new hybrids in 2009 as it will Escape HEV (and its twin, the Mercury Mariner Hybrid).

OK, we were still confused. Booming demand everywhere but the Escape?

Ickes tried out some math on us. A typical motorist buying the Escape Hybrid will log about 15,000 miles a year, and that would require about 500 gallons of gas. But with the Escape and its newly improved I-4, which gets extra mpg and 40 more horsepower, the gas gauge will measure about 555 gallons annually. Even at $4 a gallon, that would yield savings of little more than $200 annually. Now figure it costs an extra $6,000 for the hybrid option and suddenly, the numbers don’t look all that good, according to Ickes.

That’s probably an unusual way of looking at things, at least from a corporate executives. But sources suggest there’s another reason why Ford might not want to build many more Escape Hybrids. The technology is still obscenely expensive, and even with a $6,000 premium, insiders say Ford is swallowing a lot of cost. Lose money on every one, you don’t make it up in volume.

It’s generally believed that Toyota loses money on every Prius – or at least did until it got things sorted out. The Japanese maker insists it now makes money on the hybrid, which has also earned Toyota countless amounts of free good will from green-minded motorists. Ford also counts PR in the Escape Hybrid equation, but it can only afford so much, at least right now.