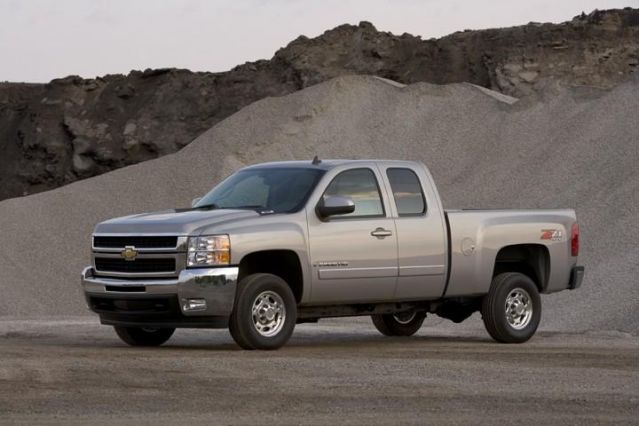 The worsening U.S. economy is forcing General Motors to slash production of its big pickups and SUVs. It will trim operations at four key truck plants, reducing production by a whopping 143,000 vehicles. Even barring further cutbacks – which industry observers fear could follow – those plants will produce 15 percent fewer vehicles this year than in 2007.

Making matters worse, GM is facing a series of labor problems that could cripple other assembly operations – on top of an ongoing labor dispute at a key supplier that has already shuttered 30 GM factories.

The latest production cuts come as little surprise to anyone watching recent sales trends. The worsening U.S. economy is hitting the auto industry especially hard, and overall new vehicle sales seem likely to plunge by perhaps a million units below recent peaks. Complicating matters, with fuel prices setting one record after another, more and more motorists are rethinking what to buy. Many potential buyers are either downsizing their pickup and SUV purchases or staying out of the light truck market entirely.

"With rising fuel prices, a softening economy, and a downward trend on current and future market demand for full-size trucks, a significant adjustment was needed to align our production with market realities," Troy Clarke, president GM North America, said in a prepared statement.

It’s turning into a bad year for GM. Even before the latest move, the automaker had been forced to cut or reduce production at 30 plants, the result of a more than two-month strike at the key supplier American Axle. A spokesperson for the parts manufacturer says that progress has been made in recent days, as the result of talks with the United Auto Workers Union. But there is no indication a settlement is imminent.

Making matters worse, GM is facing the threat of its own labor trouble at plants making its mid-size and crossover vehicles – which are actually gaining ground in the current economic crunch – and some of its own parts. The automaker and the UAW settled on a broad, national contract last year, but several union locals have so far failed to secure agreements covering their own, specific factories. That includes an assembly line in Kansas City producing the popular new Chevrolet Malibu, as well as a line in Michigan making the surprise hit, the Buick Enclave, a crossover/SUV.

So far, union officials have chosen to keep bargaining, but walkouts could come in short order if no settlement is reached, further crippling GM just as it had hoped to regain momentum in the passenger car and crossover segments.