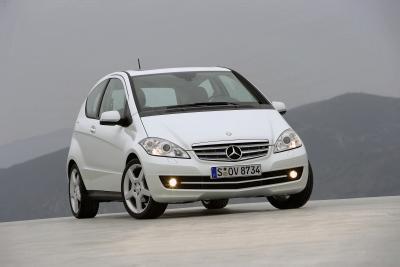 Daimler AG expects to spend more than $21 billion on research and development of new technology over the next years, the company's chief executive said during the company's annual meeting in Berlin. "These efforts are all the more important because there is no single technology that's clearly superior to all of the others," Daimler CEO Dieter Zetsche told the company's shareholders. "There are several routes to the mobility of tomorrow," said Zetsche, who noted number of automobiles in the world is expected to grow five times faster than the population. In 2007, Daimler invested more than $6 billion in research and development and another $2.7 million for environmental protection. "In the coming years we'll increase these budgets even more and by 2010 we'll invest ($21 billion) in research and development," he said. "To date, Daimler has made more progress with fuel cell technology than any another automaker and we plan to expand our lead in this area," Zetsche added.

"We've also achieved a major breakthrough in battery technology," said Zetsche, who noted until recently lithium-ion batteries used in laptops , phones and digital cameras couldn't handle automotive applications. "But Daimler has solved the problem. Thanks to the integration of the vehicle's cooling system, the batteries can now operate continually at optimal system temperatures. This maximizes their power output; extends their service life, and make it possible to use this high-performance technology in automotive applications. We've protected this innovation with 25 patents," he said. "But it's equally clear that we won't be changing our strategy and building only small cars from now on now on. Our route to sustainable mobility is based on technological innovations, not renunciation. To give you a concrete example, we aim to offer at least one model in each of the Mercedes-Benz core model series that a leader in fuel consumption," he said.

Zetsche also said the other part of the Daimler's strategy is to expand sales in Brazil, Russia, China and India, which now account for 20 percent of all new passenger car registration in the world. In addition, Daimler is looking at so-called "downstream" businesses, such as insurance and service, said Zetsche, who also disclosed the company had a set up a new "Business Innovation Team" to identify and exploit new growth opportunities along the entire value chain," Zetsche said. By Joseph Szczesny