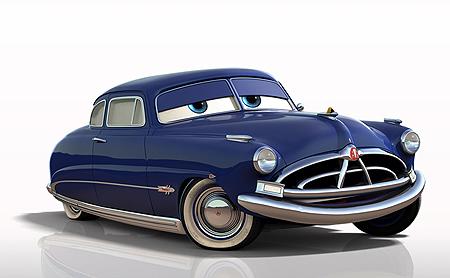 If you didn't get enough of Disney's animated take on the fables of Route 66, you're in luck. The company's Pixar unit is brewing up another installment of its Cars franchise, with the new animated feature due in 2012.

Autoblog doesn't have many other details about Cars 2, other than it's following on the heels of a third Toy Story movie coming soon. A brief press release says some of the chief characters like Lightning McQueen and Sally Carrera may return, but that Pixar plans to add new characters as well.

The new installment will be directed by Brad Lewis, who produced Ratatouille. We were kind of eh on the first flick but we will lobby for Larry the Cable Guy to show up again in some form. Maybe as an oil slick?

Until 2012, keep playing this YouTube trailer for the original movie:

2021 Kia K5 sedan starts at $24,455, up $100 from outgoing Optima
Comments (0)
Commenting is closed for this article
Contribute
Send us a tip Comment Contact the editor
Follow Us