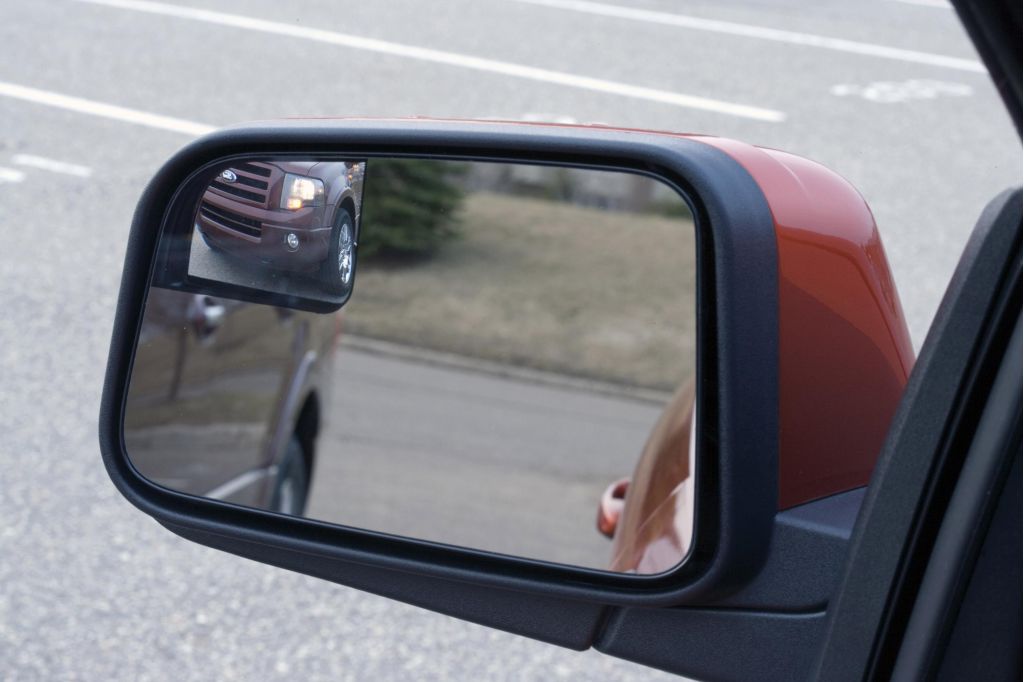 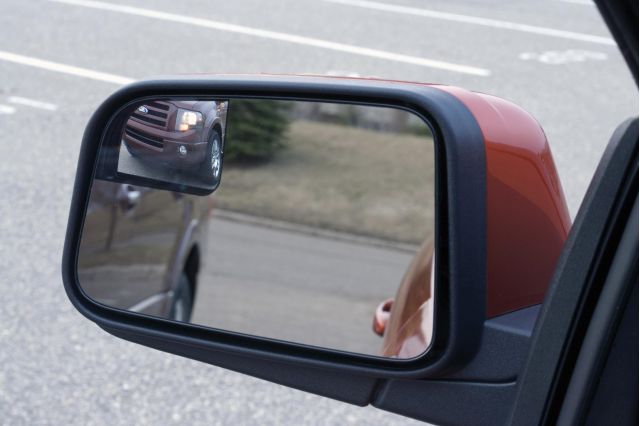 Ford has two new safety technologies it will introduce in 2009.

The first is the new blind-spot mirror pictured here. Ford says the new mirror will give drivers better visibility when they parallel-park or change lanes. Like many aftermarket mirrors, the Ford mirror uses a small convex portion at the edge of a conventional mirror to highlight the driver's blind spot, but Ford says theirs is more seamless and robust than the typical convex mirror. Ford calls it an "affordable mirror technology," but didn't divulge pricing or model roll-out.

The other system is called the Cross Traffic Alert with Blind Spot Monitoring. A radar-based system, it operates like Volvo's BLIS or Mazda's blind-spot system, using radar to find vehicles or other objects approaching in a vehicle's blind spot and sending a visual alert to the driver. Ford says this new system can also help drivers back out of a parking spot, even when traffic approaches from the sides. The Cross Traffic Alert portion gives drivers a warning if moving objects approach within 65 feet; the warning is audible and visual.

No pricing or model roll-out info on the latter system has been announced.