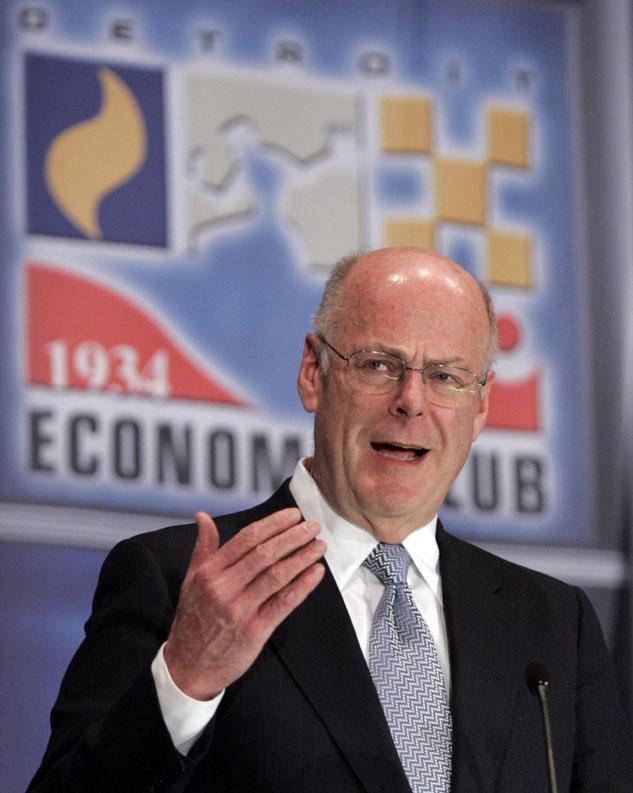 Spend more than a few minutes with Steve Miller and you quickly learn he’s a man who speaks his mind. I found that out early in my own career, watching Miller work to arrange the desperately-needed federal bail-out of Chrysler Corp. His tendency towards bluntness, offset by an incredible mind, helped secure that deal, but eventually did Miller in when he later suggested that then-Chrysler CEO Lee Iacocca was letting the company slip back to its old ways again.

If anyone thought Miller’s career was over, they were wrong. Dead wrong. Robert S. “Steve” Miller left Chrysler and began a career as one of America’s foremost turnaround specialists. He has spearheaded programs at Waste Management, at Bethlehem Steel, and at the insurer, Aetna. Returning to his roots, Miller worked up a turnaround for troubled automotive supplier Federal-Mogul, and now Delphi Corp. One of the world’s largest car parts manufacturers, it has been in bankruptcy since October 2005 – a position it had hoped to change until a key investor backed out of a multi-billion dollar deal, late last week.

What Miller has to say about that, well, he’s keeping that off the record, at least for now. But he’s not held back on much else in his new book, The Turnaround Kid: What I Learned Rescuing America’s Most Troubled Companies. Indeed, he’s perhaps his own toughest critic. Early on, Miller describes the desperate, three-month battle his late wife, Maggie, waged with brain cancer. The Delphi CEO was in New York, locked in difficult negotiations with creditors and the company’s biggest customer, General Motors, as Maggie began to lose her fight. Miller raced back to Detroit, arriving minutes after her passing.

“I was crestfallen to arrive too late, but I suspect Maggie would have loved the excitement,” he writes, adding that “I leaned over and kissed her and held her hand. She was still warm to the touch.”

Miller’s memories are a lot harsher about some of the others he has dealt with. The collapse of Delphi, he writes, put him in an awkward position. Detroit had simply tried to wish away its problems for far too long, but when he finally tried to deliver the necessary dose of medicine to the huge supplier, “I had become a national scapegoat for what ails Detroit.” Indeed, much of the debate over the supplier’s problems took on a decidedly personal tone, with much of what was said difficult to print in a family publication.

Some of the harshest rhetoric came from the United Auto Workers Union, which saw Miller himself as the problem, thanks to his demand for huge wage concessions. Looking back, Miller fires back at UAW President Ron Gettelfinger, writing that, “If he could have his way, he’d probably have us all run out of town with tar and feathers.”

On the other hand, Miller does have some kind words for the folks at GM, who have helped keep Delphi afloat – while also pressuring it to slash costs. Speaking of GM Vice Chairman Bob Lutz, Miller contends, “No one had more raw automotive sex appeal than Lutz (who) would be the perfect public face for the company.”

Miller will probably have a lot more to write about before he wraps up his later turnaround effort. The company had hoped to secure $6.1 billion in new capital, by last Friday, to pull itself out of Chapter 11. But at the last minute, the hedge fund, Appaloosa, reneged on its $2.55 billion commitment, leaving Delphi to hustle up a new deal.

One thing is sure about Steve Miller: he’s never afraid to take on the tough challenges. He’s also quite willing to speak his mind about what it takes to win.