Oldsmobile Is Coming Back...? 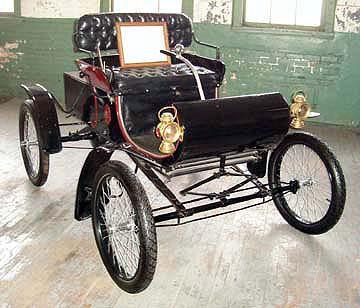 Toyota officials are spending a lot of their time publicly denying a report that began circulating throughout the blogosphere Tuesday, suggesting that the Japanese auto giant had somehow acquired the rights to the Oldsmobile name. As an April Fools Day prank, it was pretty funny, but Toyota spokesman Mike Michels basically said he didn't want any one mistakenly taking seriously the idea of Toyota bringing back the once proud Oldsmobile. "It's just not true," he said. (Nor was another April Fool's Day post about Toyota bringing out a six-cylinder version of the Prius.) General Motors pulled the Oldsmobile brand from the market and closed hundreds of Oldsmobile dealers earlier in the decade in a painful shutdown that is still reverberating through the industry. But it has never discussed any plans for releasing or selling the Oldsmobile brand name, which had been one of the company's foundation brands. By Joseph Szczesny with TCC Team
Tags:
Industry
2021
The Car Connection
See the winners »
2021
The Car Connection
See The Winner and Nominees »