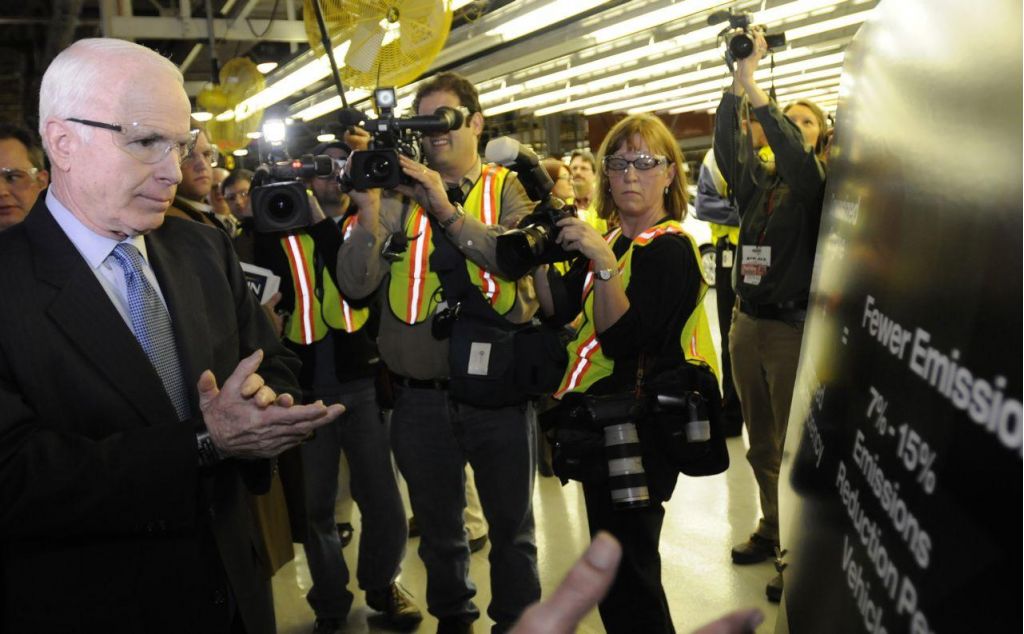 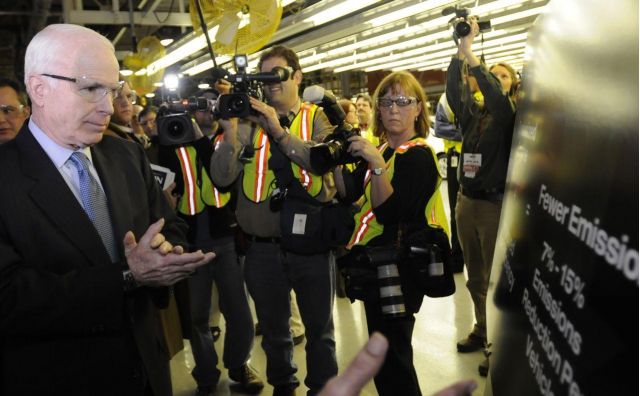 A new survey finds a result that won't surprise anyone following the 2008 Presidential campaign: auto execs favor John McCain in the general election coming in November, reports the Detroit News.

McCain's no friend of the auto industry, as TheCarConnection.com has reported throughout the year. Not only has he adopted global warming as a campaign issue in an attempt to defang Democratic control of the climate change debate, McCain's also shown solidarity with Calif. Governor Arnold Schwarzenegger in his state's battle to set its own carbon-dioxide emissions rules. McCain, according to many Detroit insiders, could be a crapshoot as a president, in terms of industry politics.

As the News reports, from a recent survey by law firm Dykema Gossett PLLC, McCain's seen in Detroit as the candidate with the best chance for a positive impact on the auto industry. Some 70 percent of the 46 execs polled by the law firm in their 2008 Global Automotive Survey named him in that respect, but none of the three candidates -- McCain, Sen. Hillary Clinton, and Sen. Barack Obama -- were tagged as "pro-automotive."

Mainly, the study suggested, execs chose McCain only because the other candidates were seen as markedly anti-automotive. Almost 57 percent of those polled tagged Obama as the most negative candidate for the industry.

In addition, 87 percent of the polled had a negative outlook for the industry in the year ahead.