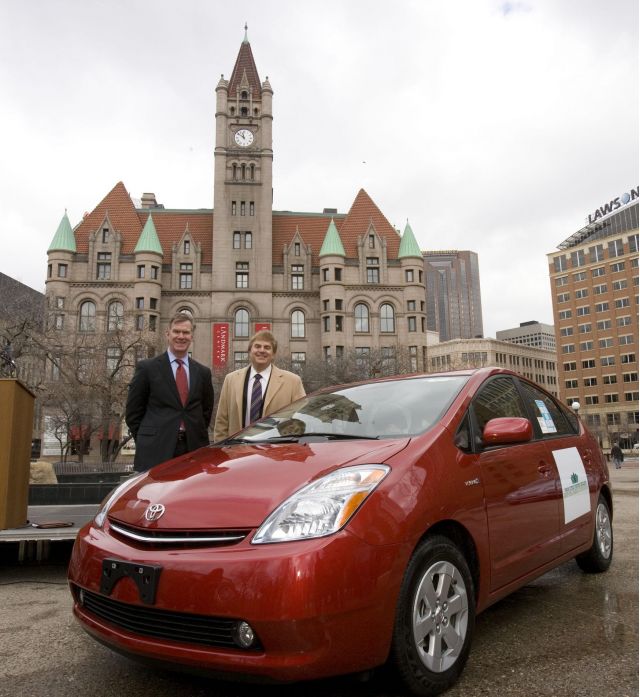 Toyota and the Minneapolis-St. Paul region say they're embarking on a three-year partnership, in which Toyota will become the "official vehicle" of the area. Who knew that honor was for sale?

To ring in the new deal, the cities and the automaker held a kickoff ceremony yesterday in St. Paul. Pictured are St. Paul Mayor Chris Coleman (left) and Toyota general manager Bob Carter.

As a part of the deal, the Park & Recreation departments of each city will be given a total of 10 vehicles as well as $300,000 by Toyota during the partnership period. Out of the 10 vehicles, six will be hybrids, which will fit well with St. Paul’s determination to “go green” and make their footprint on the environment that much smaller. Toyota claims that all the cars they will donate to the cities dominate their respective classes in both emissions and fuel efficiency.

This deal is far from one-sided, though. Toyota gets citywide event sponsorships in St. Paul and Minneapolis as well as the opportunity to place their vehicles at all city events, giving them wide reach to put out their marketing messages. Both Toyota and the cities of St. Paul and Minneapolis will also be able to market their energy-saving programs together.