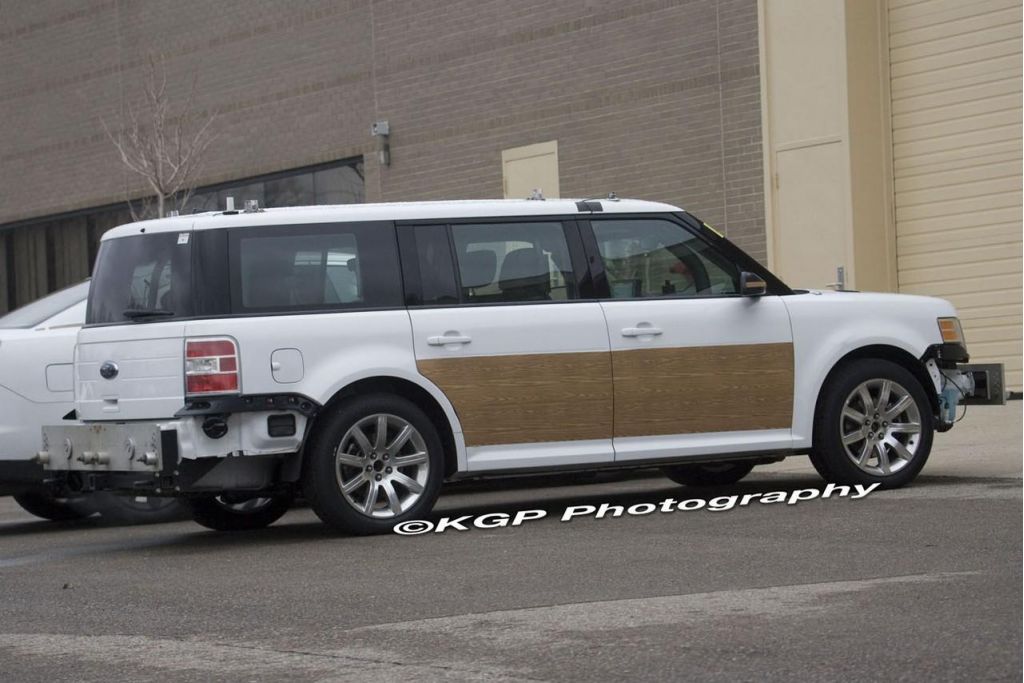 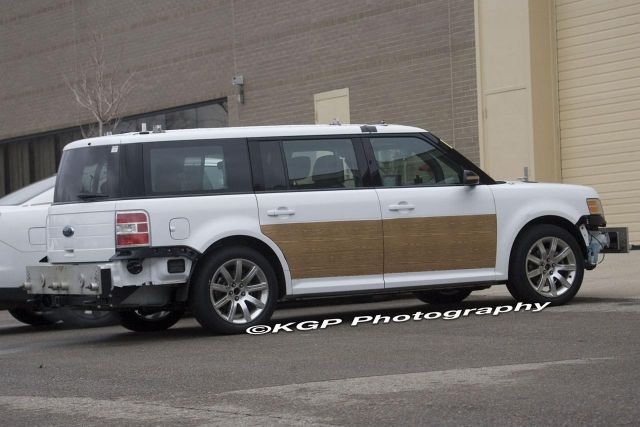 Last week, we took you for a ride in the new Ford Flex during our coverage of the New York auto show. We thought it would make a great taxi, among other things -- but apparently, someone at Ford thinks it might make a great new version of the old Country Squire, too.

Our spy photographers nabbed pics of a Flex wearing some seriously old-school wood-effect trim between the doors. We're not sure if they're serious, or not--this could just be a tongue-in-cheek nod to the inspiration for Ford's offbeat Flex, after all.

But could it also be a real version of the Flex, which goes on sale later this year? Ford's Anthony Prozzi, Interior Design Manager on the Flex, admitted as much when he said on the Ford public Web site: "We took apart the iconic American woody station wagon and modernized it, because this car is for a modern person." It's not clear if he was simply referring to the packaging and interior concept, or if the woody was an inspiration for the entire vehicle concept--including the exterior.

The Flex is a unique, polarizing design--something of which Ford is quite proud. Some might find some kitschy wood trim as a perfect addition to the Flex's funky shape. Who knows? Ford's official Flex Web site allows for some online customization to personalize your virtual version, but faux wood trim is nowhere to be found on your clickable choices. Maybe the woody option is further down the road. Or maybe this is a sign that a few those wacky automotive engineers are just having some fun. Regardless, it certainly caught our eye.

You can see more of the woodie shots in our high-resolution photo gallery--and rest assured, when there's more info, we'll bring it to you.--KGP Photography