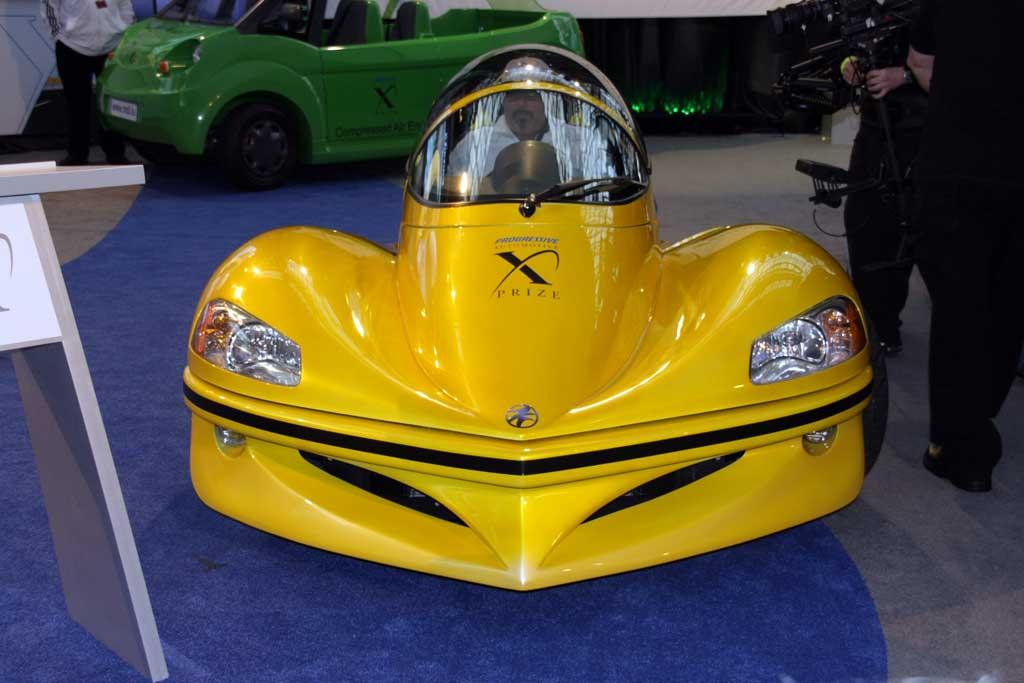 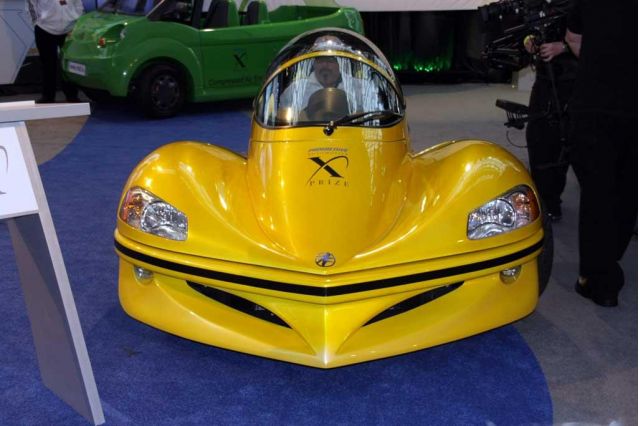 “The Model T got 25 miles per gallon and we think, 100 years later, we should be getting over 100 mpg,” declared Peter Diamandis, founder of the X-Prize, as he formally announced plans for a new, $10 million award to spur the development of high-mileage automobiles.

The heavily attended event, at the 2008 New York Auto Show, brought out an array of celebrities, inventors and government officials, including NY Mayor Michael Bloomberg, who told the audience, “We need some new thinking. We need innovation. There is no greater threat to the world than global warming and our dependence on oil.”

Diamandis launched the original X-Prize in 1996, modeling it after the $25,000 Orteg Prize, which spurred Charles Lindbergh to make his historic solo flight across the Atlantic. In 2004, a team of inventors collected the $10 million prize after completing two sub-orbital flights of their SpaceShip One.

Since then, Diamandis and his own team have launched versions of the X-Prize in a variety of other fields. One project, sponsored by Google, aims to put an unmanned lander on the moon.

But to some, the Automotive X-Prize may be even more ambitious, especially considering industry claims that even a target of 40 mpg is unattainable, at least with products consumers could both afford and want to buy.

“We’re not talking about concept cars,” stressed Diamandis. “We’re talking about real cars that can be brought to market in the near-term, that customers will want to buy.” 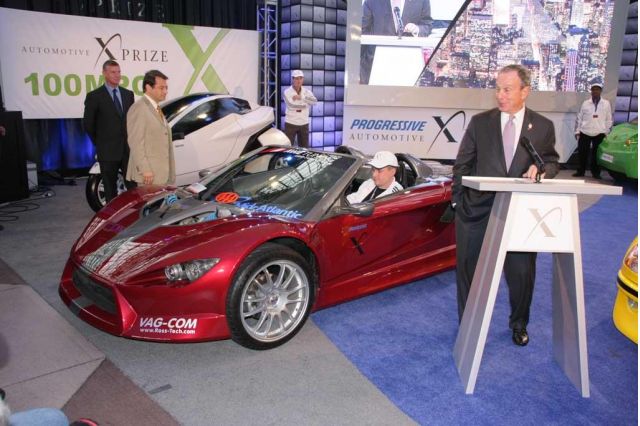 Already, more than 64 teams from 10 countries and 22 states have expressed plans to enter the competition. Some have already been pushing the automotive envelope, like the California-based electric vehicle manufacturers, Tesla and Zap. Maverick automotive entrepreneur Malcolm Bricklin said he will field a vehicle, as will Dean Kamen, the inventor of the quirky Segway mobility machine.

The Department of energy announced that it will kick in $3.5 million to fund an education program for students and motorists. But the big news was word that Progressive Insurance will be providing the $10 million grand prize. 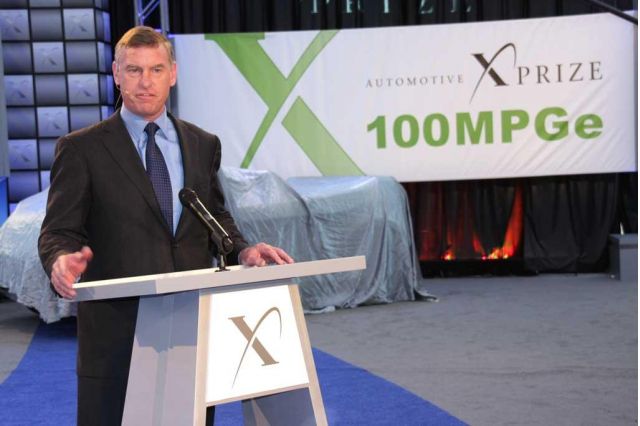