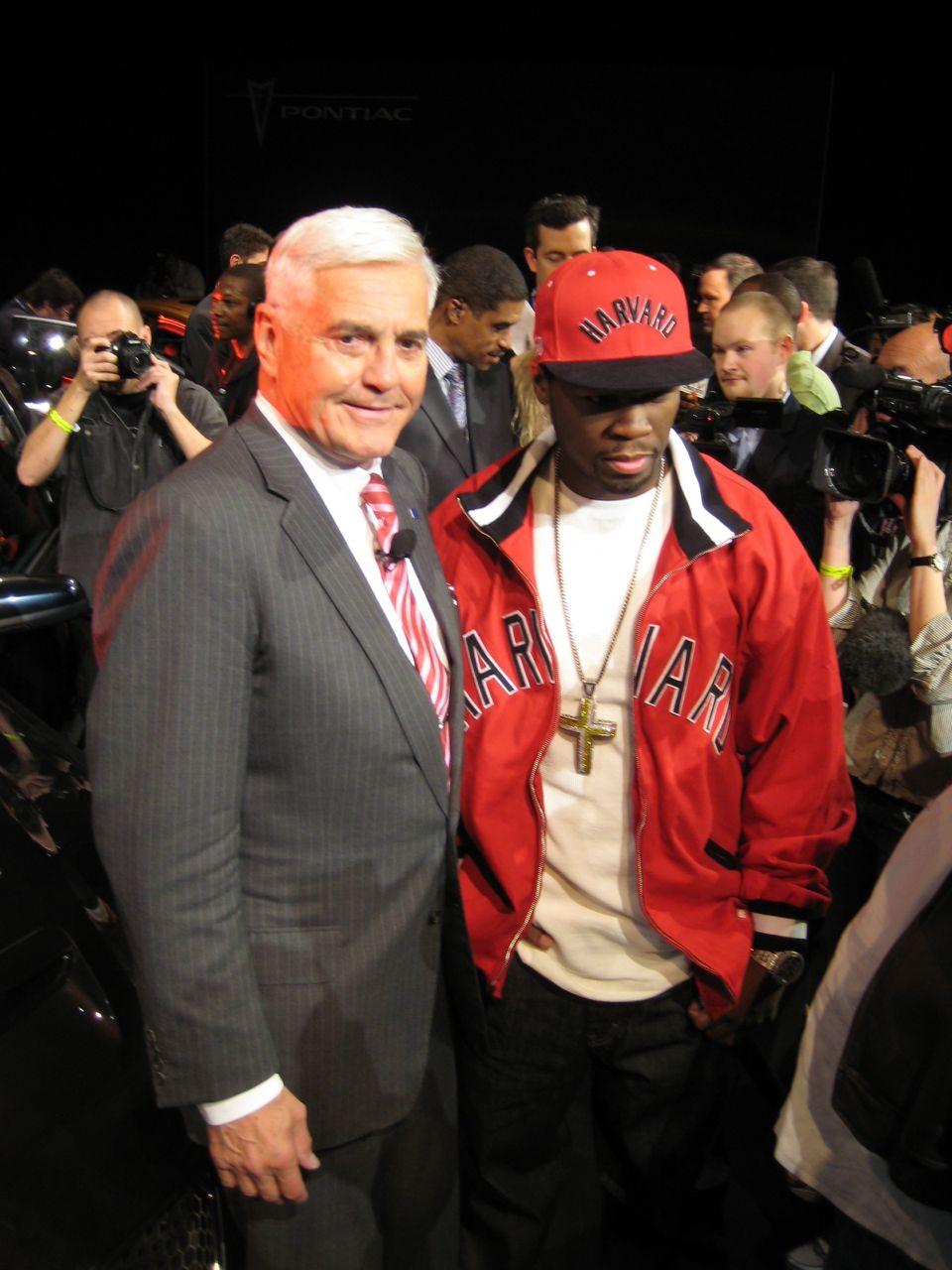 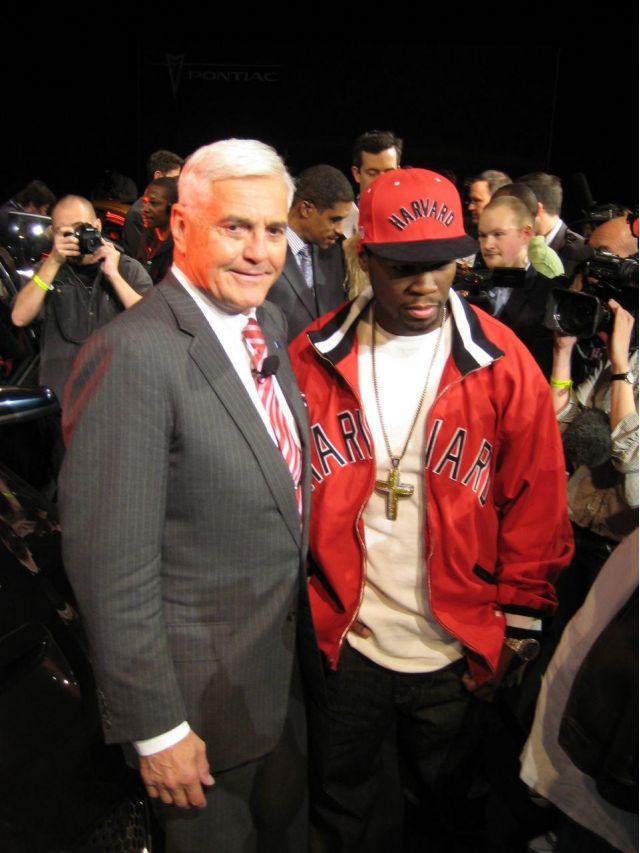 Celebrities are the new set decorations at auto shows, and last night's performance by Sheryl Crow at the Mercedes-Benz press event certainly drew big crowds (including odd out of place, found-object celebs like Project Runway winner Christian Siriano and professional clubdweller Richie Rich). But no appearance at the New York auto show was so startlingly un-obvious as the drop-by that just happened at the Pontiac stand.

GM's roll-out of its trio of new Pontiacs -- a G8 GXP with Corvette power, a G8 sport truck with and Aussie pickup bed, and the Solstice Coupe -- totally overshadowed itself when they also rolled out rap phenom 50 Cent. Mr. Cent -- on stage referred to by Pontiac manager Jim Bunnell as "Fifty" and "Curtis" (for Curtis Jackson, his real name). No use in trying to get detail shots of the G8s or the Solstice -- the moment the presser was over, some very well-dressed gentlemen and gaggle of hundreds of photographers swarmed on the rapper to get up-close shots of him, standing next to the guy who pretty much brought you the Malibu.

The cars, meanwhile, sat rather in the way of the whole procedure.

Still, we're on the scene and as soon as the crowd clears, we'll add more high-resolution pics to our galleries of the Solstice and the G8s, and bring you some behind-the-scenes chatter with GM's Mike Simcoe and Dave Lyon on the new G8 sport truck. Stay tuned.