Connect with our dealer and finance partners through our site and ask for details regarding their at-home car buying services.
OK
HomeNewsNew York Auto Show 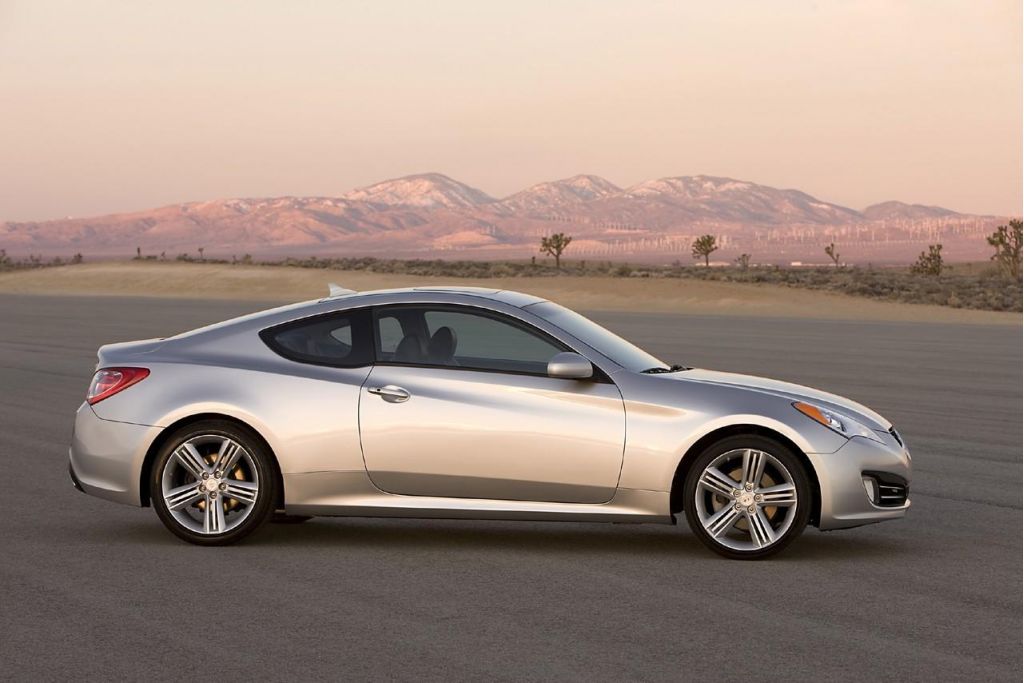 Hyundai's Genesis coupe is the latest to fall victim to broken embargoes -- you know, the games automakers play with information so that hapless "printies" can get their pages onto supermarket racks, right next to InTouch and Entertainment Weekly?

The Genesis coupe's been sprung from that jail by Autoblog and others, in the form of this rather complete high-resolution photo set. There aren't many images of the interior and none of the engine, so apparently Hyundai's holding back something for its New York show press conference, which is set for Wednesday afternoon.

As the Genesis coupe concept, Hyundai hinted at a market niche between the Infiniti G37 and Mitsubishi Eclipse - somewhere in the high $20,000 range. And while Ford's Mustang would seem to be a natural competitor, Hyundai's product chief John Krafcik confirmed last year that the production Coupe won't be getting a V-8 engine.

Instead, a turbocharged four will be the base powerplant; an optional 3.8-liter V-6 will churn out more than 300 hp. Both engines will be offered with six-speed manual or automatic transmissions. Hyundai estimates a 0-60 mph time of less than six seconds for the six-cylinder version with a manual transmission.

The production version of the Genesis Coupe goes on sale in the spring of 2009.

Stay tuned for more news from the New York show floor, from the Hyundai Genesis Coupe reveal, and just in general, because we like to surprise you.