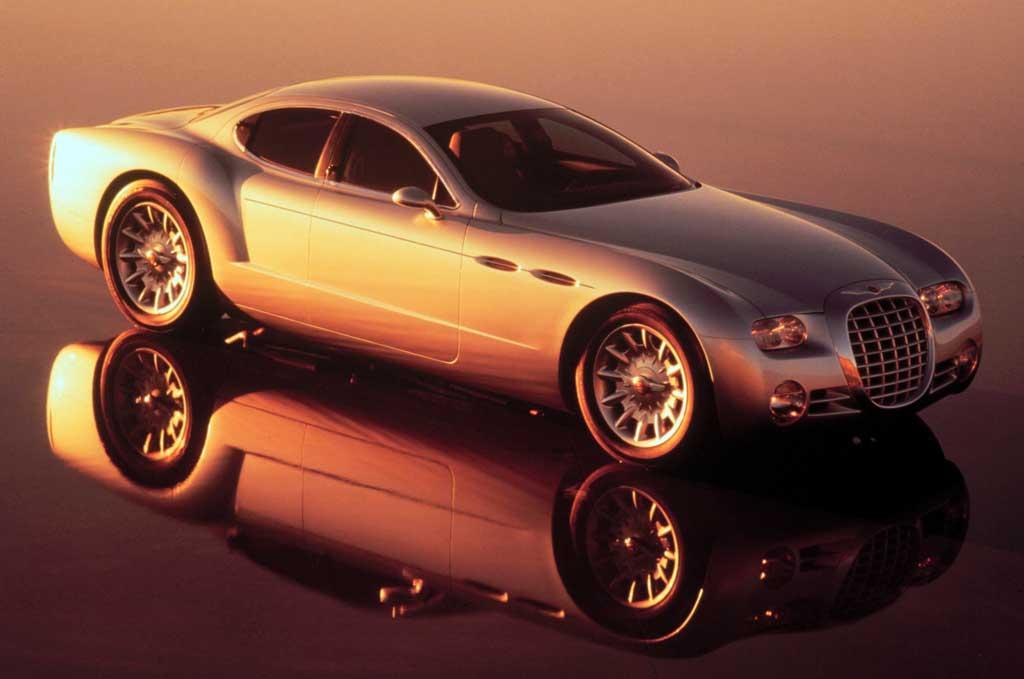 “I was as surprised as you,” said the high-ranking executive, when asked his reaction to Chrysler LLC’s decision to close Pacifica, its long-fabled advanced design center, in Southern California.

The announcement, made late last week, shutters a facility that has come up with some of the most striking show cars to emerge from the ailing automaker in recent decades, like the Chrysler Chronos, shown above, and with more than a few of them eventually translating into production.

Our source had worked closely with Pacifica and its team of talented, if eccentric, designers. So it took him by surprise to read the news on the wires, with nary a word from Chrysler’s new management. “They don’t tell us much,” the executive explained, despite the fact that Daimler still owns nearly 20 percent of its former American subsidiary.

But the rest is in the hands of Cerberus Capital Management, the giant private equity fund that brought in Bob Nardelli, the former Home Depot boss, to try to save its damaged asset. Nardelli likes to argue that going private has given the carmaker a freedom that it couldn’t have as a publicly-traded company. And that’s true. Decisions can be made far more quickly, with less concern about how the stock market will react. That doesn’t mean the decisions are better, nor that the tempering effects of observation are bad.

Nardelli is also quick to insist that Cerberus isn’t just in this for the short hall, hoping to strip Chrysler down to the bare essentials and either sell or whole or in part. But the Pacifica closure makes that just a little bit harder to believe.

There’s little doubt Chrysler has needed to make some big changes. What Cerberus inherited was a company with far too much capacity compared to demand; a maker whose products had missed the mark in numerous key segments; and which, due to its dependence on gas-guzzling trucks, is being battered by the run-up in fuel prices.

Nonetheless, there’s increasing concern about some of the cuts being made.

Yes, factories have to close, some temporarily, some permanently. Like its cross-town rivals, Chrysler needed the two-tier wage system and reduced health care bill conceded by the United Auto Workers Union. It desperately needs to eliminate undesirable products, paring down to the most critical and popular models. And it must bring its distribution network – read dealer count – down to competitive levels.

But in its zeal to downsize, is Cerberus’s hand-picked management team going too far? Some of the workforce cuts threaten to eliminate core competencies that Chrysler will need to survive, some of my sources fear. They say Chrysler may simply not maintain the ability to develop future products that have the technically sophisticated powertrains, solid platforms and, notably, the eye-catching designs that are needed to be competitive.

The latter point is particularly significant. In the three decades I’ve covered this industry, as Chrysler has ridden the proverbial rollercoaster, each revival has hinged on breakthrough design.

The breathtaking cab-forward styling of the early 1990s changed the industry and positioned Chrysler as the trendsetter. Until recently, there was nothing was more eagerly anticipated, among those attending the annual Detroit Auto Show, than Chrysler’s concept car roll-out. If we were lucky, we’d be invited, later in the year, to actually drive the prototypes.

“This year, I don’t even plan to take them up on the invitation,” a seasoned colleague said, recently, reflecting the general perception that this year’s crop was among the weakest we’ve seen from Chrysler in years.

It might have been a fluke if we’d been seeing more striking designs on the production side. But while the Charger and Challenger muscle cars are great fun, there’s been little real design innovation since the launch of the new aging 300 sedan. And recent sales numbers underscore that.

Fixing that should start with some truly unexpected advanced concepts, but with Pacifica closing, it’s questionable who will work that magic. If products like the Jeep Commander and Chrysler Sebring are any indication, it isn’t happening at headquarters, in Auburn Hills, Michigan.

Chrysler clearly needs to make some major changes. But have the long knives now slashed into bone, in their bid to save the company? It’s time for Nardelli and company to demonstrate they can do more than cut. Pacifica might have been a great, short-term balance sheet move, but it doesn’t say much for the long-term steps needed to build back the muscle Chrysler needs to survive and thrive.