What's the Worst Road Near You? 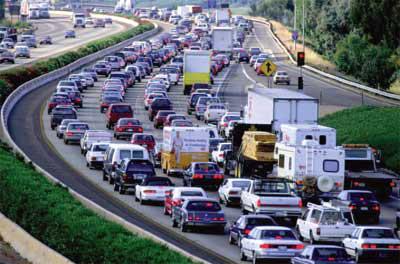 Our roads are deteriorating, and the crumbled highways and surface streets across the country cost each driver an average of $413 a year in commuting and other repair costs, a new study claims.

TRIP--according to their Web site, the group is "a nonprofit organization that promotes transportation policies that relieve traffic congestion, improve road and bridge conditions, improve air quality, make highway travel safer and enhance economic productivity"--blames a host of ills on what they call the poor condition of roads nationwide. Conditions cause more frequent breakdowns, more maintenance, and lower fuel economy.

(The organization has a West Coast presence but the home address is M Street, in Washington, D.C. -- what we natives call Lobbyist Row.)

According to the report, the metro areas with the biggest percentage of bad roads include the following:

TRIP says the root of road problems are from funding shortfalls for repair projects. "With state and federal transportation funding falling short, the cost of materials and repairs rising and traffic volumes increasing, transportation agencies will face a significant challenge in improving urban pavement conditions," said William M. Wilkins, TRIP's executive director. "The nation needs to develop a new long-term vision for its highway system that would include improving conditions and safety and reducing traffic congestion."

We're interested in what the worst roads near you might be -- maybe it's the 101 near our West Coast office, or I-85 through Atlanta. But we're a little more curious about TRIP itself -- since we've never seen a release from them before and the information includes a lot of funding language, we're digging to see what the core affiliations of the group might be. Tell us anything you know in a comment below.