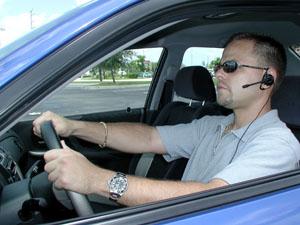 To those of you who routinely juggle multiple devices or are addicted to staying in touch while in the driver’s seat, all while commuting with a Slurpee wedged into the cupholder and a burger on your lap, I have to admit that my initial reaction is one of exasperation. Not in my neighborhood, not in my rearview mirror. Seriously people, concentrate on the road!

But we all have the need to use these devices from time to time, and there are are some widely varying rules out there regarding cellphones. You could be out in the middle of nowhere with no traffic and nothing but cornfields or desert 360 degrees and be pulled over for checking in on the family for a sec.

Some states ban talking while driving outright; others — such as Maine — enforce a talking-while-driving ban for minors only. But then there are other, even more confusing rules. For instance in Washington state, at this time texting while driving is banned, but a talking ban still isn’t in effect (we still can’t figure out how they can enforce that one), and other states leave it up to local governments, which can lead to a Wild West, speed-trap revenue-grubbing mentality in some select small towns.

If you're about to go on a road trip in the States or abroad and unsure about the local rules, or not even sure of your own local rules, we've found some easier answers, thanks to the link aggregation site boingboing, which today directed us to a list of cellphone-related laws by state and country.

How do you feel about talking while driving? Even with the best new integrated hands-free interfaces, is it safe? And are these statewide cellphone rules lifesaving or silly?