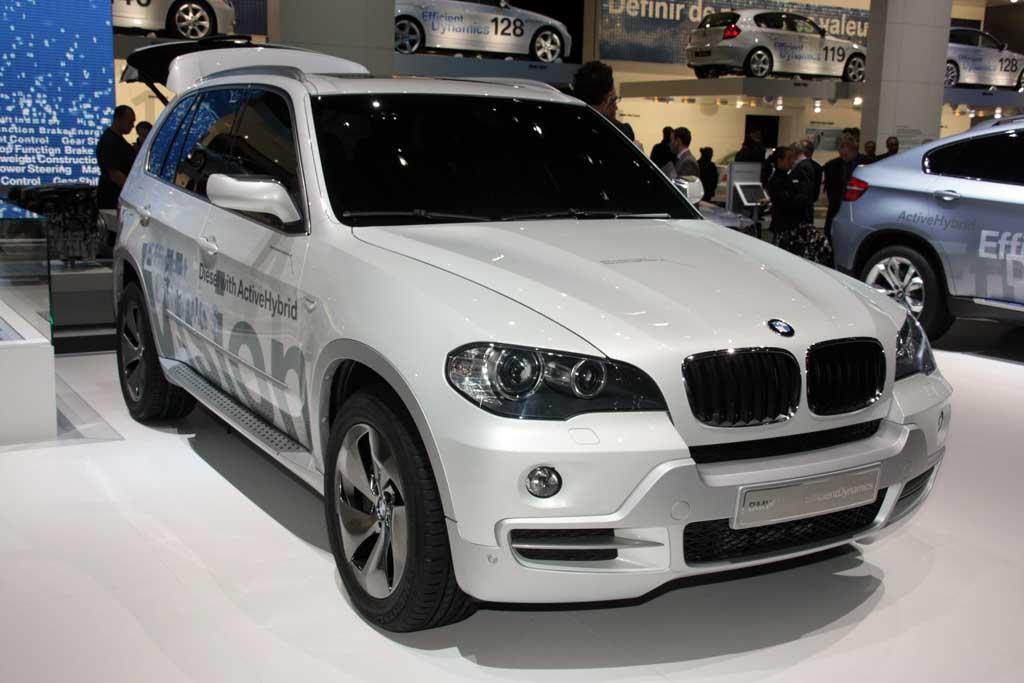 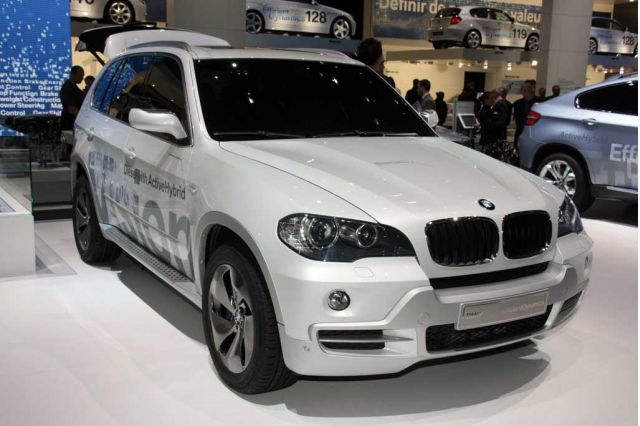 It’s been a year since BMW first introduced EfficientDyanmics – originally at the 2007 Geneva Motor Show – and since then, the concept has received a number of kudos, including the ‘Green Award,’ in Great Britain, and the ‘Green Steering Wheel’ in Germany.

The automaker was back with more, in Geneva, this year, aiming to demonstrate its plans to boost mileage across its product line-up with a range of alternative powertrains. This time, it brought with it a prototype diesel-hybrid version of its big SUV, the X5 Vision EfficientDynamics.

To start with, the Vision ED shown at the 2008 Geneva Motor Show uses a twin-turbo 2.0-liter diesel mated to an 8-speed transmission and an electric drive system with a Lithium-Ion battery pack. That should significantly extend the vehicle’s ability to run in electric-only mode, and add plenty more range. But by boosting the compact engine’s output to 204 horsepower and roughly doubling its torque, the powertrain package can launch from 0 to 60 in less than 9 seconds. 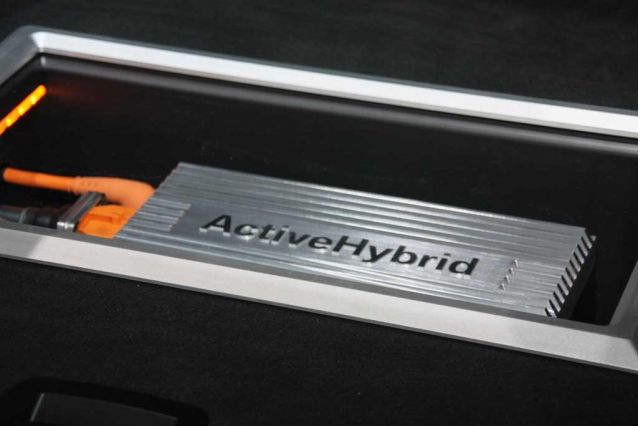 LIon has been one of the holy grail’s of the auto industry, along with diesel-hybrid power. Mating diesel to a battery system has not been easy, as “oil-burner” engines tend not to like to automatically Start and Stop smoothly.

For a company that has long billed itself as the “Ultimate Performance Machine,” BMW took a distinctly different approach to Geneva, plastering the EfficientDynamics label on virtually anything that did – or could – move. That underscores the fact that right now, the Bavarian maker offers 22 models that emit a maximum of 140 grams of CO2 per kilometer.

For those who don’t speak European, that translates into significant mileage. BMW estimates ED models it will sell in Europe this year will save around 40 million gallons of fuel and eliminate about 373,000 tons of carbon dioxide emissions.

For the moment, however, BMW isn’t bringing the EfficientDynamics concept to the U.S. But that could soon change. One of the models on display features the so-called Two-Mode hybrid system that the German maker developed as part of a joint venture with erstwhile rivals Daimler, Chrysler and General Motors. The full hybrid technology will be reaching market under all four brand names by 2009.

For BMW, hybrid power – along with diesel – will almost certainly be needed if the marque is to meet stringent new U.S. fuel economy standards.

Meanwhile, “We stand by our commitment to lower fuel consumption of our new car fleet in Europe by 25 per cent between 1995 and the end of this year,” declared BMW CEO Dr. Norbert Reithofer, during the roll-out of the X5 Vision. With Henny Hemmes.