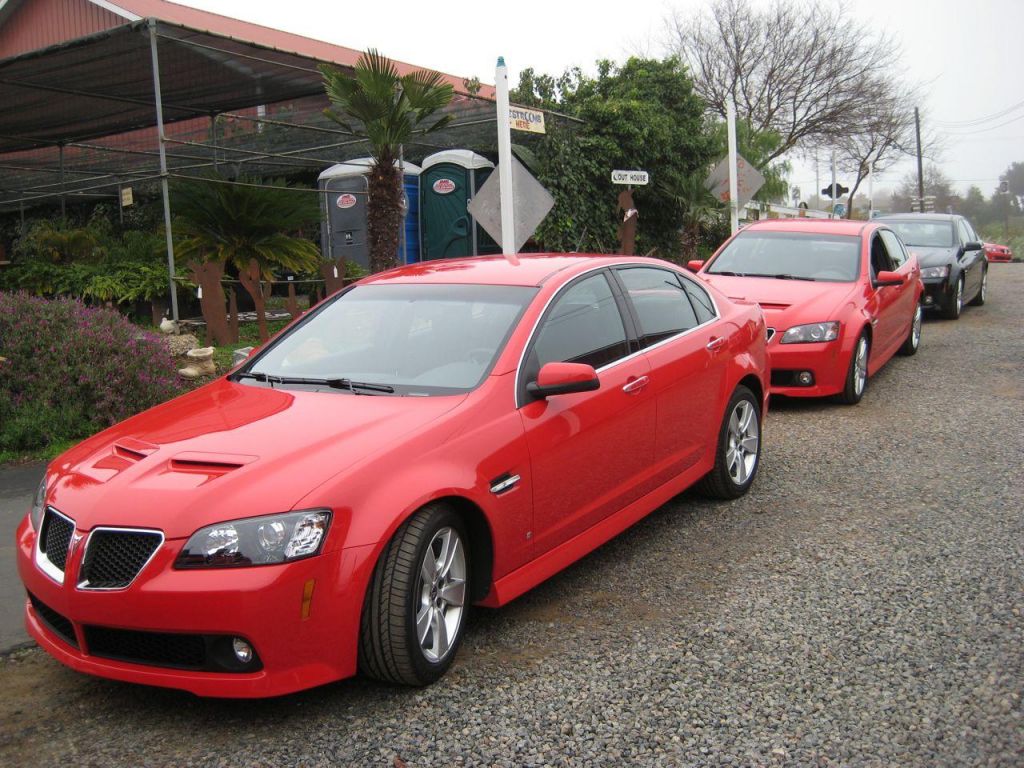 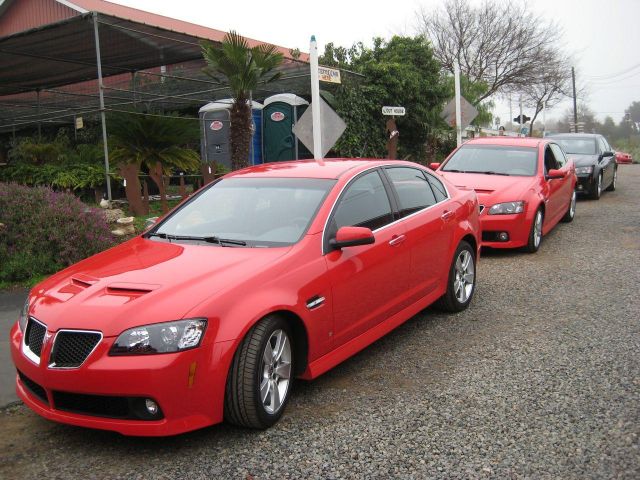 Okay, so maybe we expect blissful sunshine and 70 degrees when we visit San Diego - and right now, at a roadside nursery with an interesting stash of almost-classic cars tucked in the garage, it's barely 50 and cool under a marine layer.

Nevermind that, because Pontiac's G8 is giving us the reason to be outside on the road. And it's reminding us why rear-wheel drive just feels better.

I'm not in the big V-8 version of the G8 that enthusiast magazines have been fawning over since the G8 was confirmed for production. The V-6 version might be the better-balanced machine, some of my Pontiac hosts insist. And from a short stint at the wheel, it's a plausible argument. The V-6 version is GM's 3.6-liter with an ample 256 horsepower (The 6.0-liter V-8's an admitted horsepower-holic, at 361 hp), and has no problem weaving itself through highway lange changes and passes. The steering wheel's a skinnier version, but still transmits good, reassuring feelings of control, darting in and out of morning San Diego traffic.

And most important, the V-6 G8 still looks the part. Ours is attention-whore red, with a decklid spoiler and louvers in the hood that apparently are in demand in Australia, where the similar big Holden sedans get a plainer treatment.

Pontiac's welcome return to rear-drive comes at a time when CAFE rules and gas prices are conspiring against it. It's good to see it so well-executed, even in those strong headwinds.

First drive: 2022 Hyundai Tucson electrifies its looks and powertrain
Comments (0)
Commenting is closed for this article
Contribute
Send us a tip Comment Contact the editor
Follow Us