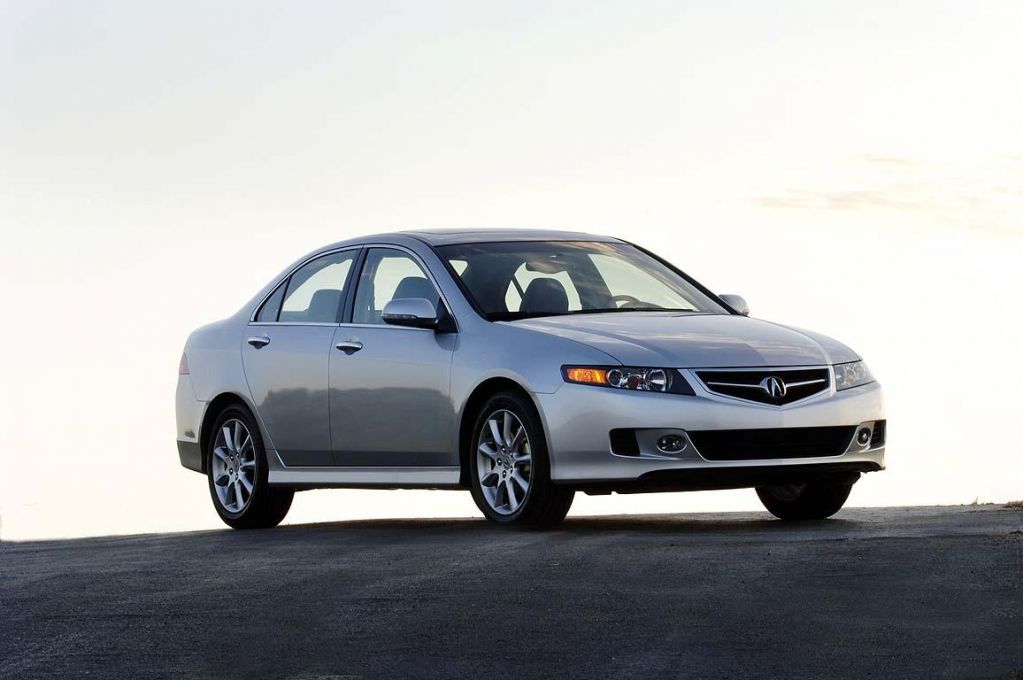 If you’re willing to spend just a little more $30,000 on a luxurious sport sedan, you have a lot of options — the Audi A4, BMW 328, Infiniti G35, Lexus IS, Mercedes-Benz C300, Saab 9-3, Subaru Legacy GT Spec.B, Volvo S60, and Acura’s own TL are just a few. And there’s the TSX, which is often overlooked despite a lot of accolades over the years and generally very positive reviews from critics, including from us here at TCC. When the TSX was introduced in 2003, we said in our review it was "simply the best-handling, most athletic four-cylinder sedan for sale in North America that doesn't have a turbocharger or all-wheel drive lashed up to it."

Over the past couple of years, much of the above list has been either completely redesigned or thoroughly refreshed, while the TSX's mechanicals have been mostly carried over, so we were curious if it still measured up. After a week getting reacquainted with the TSX we were pleased to find that in addition to the better dealership service that the Acura brings, the TSX has a very well rounded package that’s a great compromise for those who want a car that feels sporty yet is comfortable and practical for the daily slog.

What’s underhood is a good place to start with a sporty sedan, and the perky 205-hp, 2.4-liter four-cylinder engine in the TSX is a gem. It revs with a quiet sophistication, without bringing vibration into the cabin, and without the thrashy noise that’s common in large four-cylinder engines as you pass the 4000-rpm range.

The front-wheel-drive TSX has a ride that will soak up rough surfaces and potholes alike, yet the four-wheel independent suspension brings responsive, nimble handling, thanks also to the large front and rear stabilizer bars and front strut-tower brace. Brakes feel just right, too. What’s more, the variable-assist power steering has a great feel of the road at touring speeds yet is properly boosted for easy parking; and as we’ve come to expect from Honda there’s not a hint of torque steer.

The only thing we would like to change concerns the automatic transmission. Our test car had the available five-speed automatic, which would persistently lug in one gear too high coming out of corners, before hesitating and downshifting with a pause. That complaint could be easily avoided by going with the standard six-speed manual transmission, which is, as we recall from past drives, excellent.

Fuel economy is a strong point for the TSX, which gets EPA estimates of 20 city, 28 highway. We recorded 21 mpg from the trip computer in mostly city driving, but some may find it irksome that the engine requires 91-octane (premium) fuel. 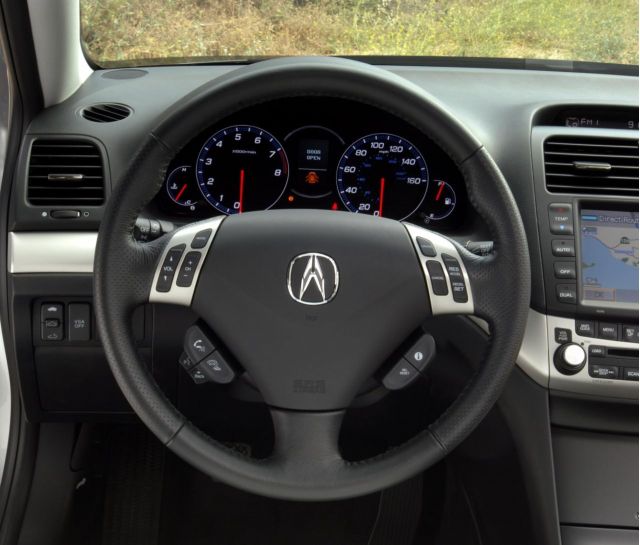 Inside, the TSX has gained a much more contemporary feel since I was last in one. Call it a transformation. The materials look and feel better, with prominent matte-metallic surfaces, and the dash wraps more convincingly down into the center console. Knobs and controls even feel better — for instance, the audio controls now look like they were borrowed from high-end audio systems and have a pleasantly tactile soft rubber edging.

The new dash also accommodates an available navigation system, which includes abundant points of interest and has a nice, vivid display. Acura’s hands-free Bluetooth system is now standard, too; you might not find it very intuitive though until you study the owner’s manual.

The TSX has been sold for nearly five years now yet it still manages to look and feel fresh, with its smooth swaths of sheetmetal that eschew more aggressive creases, nips, and tucks in favor of a clean and conservative look. We think it’s a really good-looking car that’s going to age gracefully.

Which leads to another last point—size. As mid-size sedans in the U.S. have become progressively larger with each redesign, the TSX just feels the right size for the city, compact enough to fit in narrow lanes or in tight parking spots and yet without sacrificing interior space.

The TSX is far from fresh meat, but it’s still one of the best cuts out there.