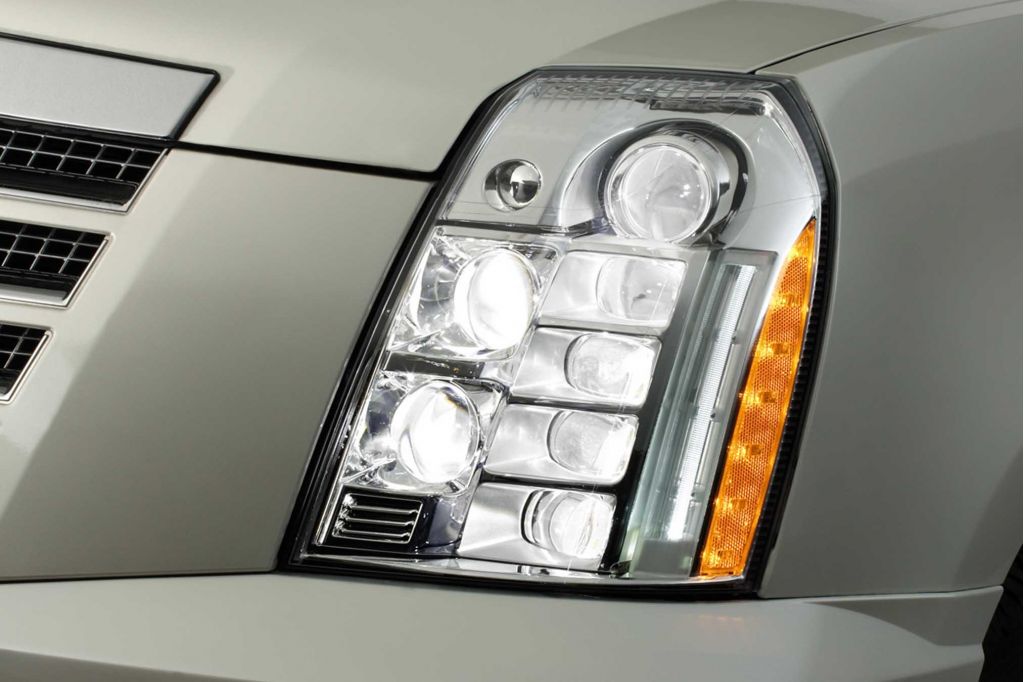 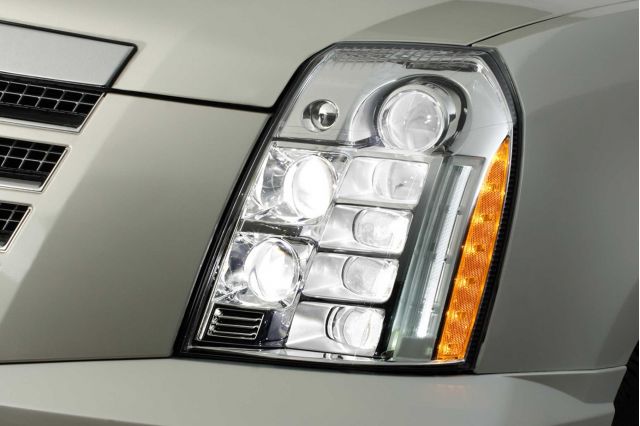 There’ll be some bright lights in the big city once the new 2008 Cadillac Escalade Platinum edition hits town over the summer. The newest and most lavishly equipped version of the popular SUV will be the first mainstream automotive product to feature high-tech LED headlamps.

Light-emitting diode technology has a number of advantages over conventional automotive lighting. For one thing, LED bulbs are expected to last a lot longer, often for the life of a vehicle, so owners will be less likely to face the hassle of changing burned-out bulbs. The latest LEDs also are brighter and cleaner looking, with an intense but natural daylight color. Some other new technologies, such as xenon bulbs, often emit unnaturally tinted light that can be difficult on the eyes.

LEDs are becoming quite commonplace, though until recently, they were limited to taillamps, CHMSL brake lamps, and interior lighting. (Cadillacs now feature LEDs in their signature, fin-like taillamps.)

Several high-end European makers have introduced LED headlamps, but have so far limited them to extremely low-volume specialty models. With the launch of the Platinum series, Cadillac hopes to sell as many as 10,000 Escalades using the new headlights.

The new LED headlamps aren’t quite as bright as the latest high-intensity discharge lights, noted Daniel Veitner, a vice president with Hella KGaA Hueck & Company, the German supplier that developed the lamps for Cadillac. But he expects to match the intensity of HIDs “by 2010.” Meanwhile, suppliers like Hella hope to drive down the cost of headlamp LEDs in order to encourage manufacturers to start offering the technology in more mainstream products.

Another advantage to LEDs is that the small lamps can be extremely flexible in design, unlike boxy, conventional lighting. That’s particularly attractive to automotive designers, who currently have to reserve a significant amount of “real estate” under the hood to house lighting gear. In future products, LED headlamps could be incorporated into a variety of alternative design configurations, limited only by a stylist’s imagination – and federal lighting regulations.