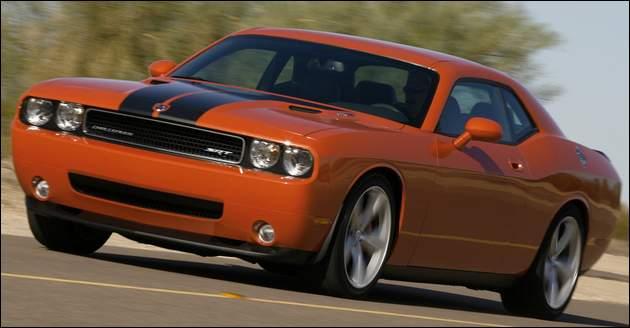 Over at People magazine online, they’re asking about lip gloss and diet tips and the latest Lindsay sighting--while you’re telling us about future cars, fuel economy, the environment and politics. Yep, we here at TheCarConnection.com have the smartest readers on the planet and we have the words to prove it.

This month’s comments on our blog have given us reason to hope that Ford’s new Taurus has some interested shoppers still out there--and that we’re doing the right thing when we hound the OEMs about “embargoed” stories. And when it comes to getting busy in a smart fortwo, well, we think we’re far ahead of the curve in thinking about the new minicar in family-planning terms. See what we mean?

First up is Ford’s semi-venerable Taurus. The Detroit media reported that Ford CEO Alan Mulally confirmed that a new Taurus would be on the way next year. But wait: what do people want from the Taurus anyway? Harry told us, “Bring back a high performance sport sedan version like the SHO–I believe there is a core group of loyal Ford enthusiasts who would welcome an opportunity to carry the Ford banner in something other than a Mustang or a truck and done correctly it should attract new, younger enthusiasts/ buyers from the foreign competition.”

Then, when photos of the new Dodge Challenger started appearing around the Web, weeks before an official appearance at the Chicago auto show, we explained how automakers sometimes ask us to hold information on embargo so the monthly print magazines can prepare their stories--and how in some cases, they simply hand the “buff books” stories without involving any other media. Brian said: “I find embargoes an odd concept. Agreeing to an ‘embargo’ indicates some level of collusion between the manufacturer and the publisher and therefore calls into question how objective the reporting itself is. I presume that violating an embargo means a news outlet may find itself on the outs when it comes to being a part of the next preview. Wouldn’t bad reviews of the product do the same thing?” You can see the original item for our comments. Meanwhile, Jon told us the print magazines don’t even matter anymore. “That is why I let my magazine subscriptions lapse. What is the point anymore? TCC has the news I need when it happens.”

Next, we got into a semantic war with a tire-industry spokesman over new rules for safer, more fuel-efficient tires. Jim Smith, the editor of Tire Review, told us that our “poor research, supporting data and flippant attitude is one of the main reasons consumers have so little factual information and help with their automotive problems and concerns. Suggest in the future that you consult with an expert before you go spouting off with your ‘expertise.’” Scot chimed in on our behalf: “While I compliment the thoroughness of your reply, readers should note that Tire Review Magazine is an industry mouthpiece. The following comment calls into question the validity of your entire commentary.”