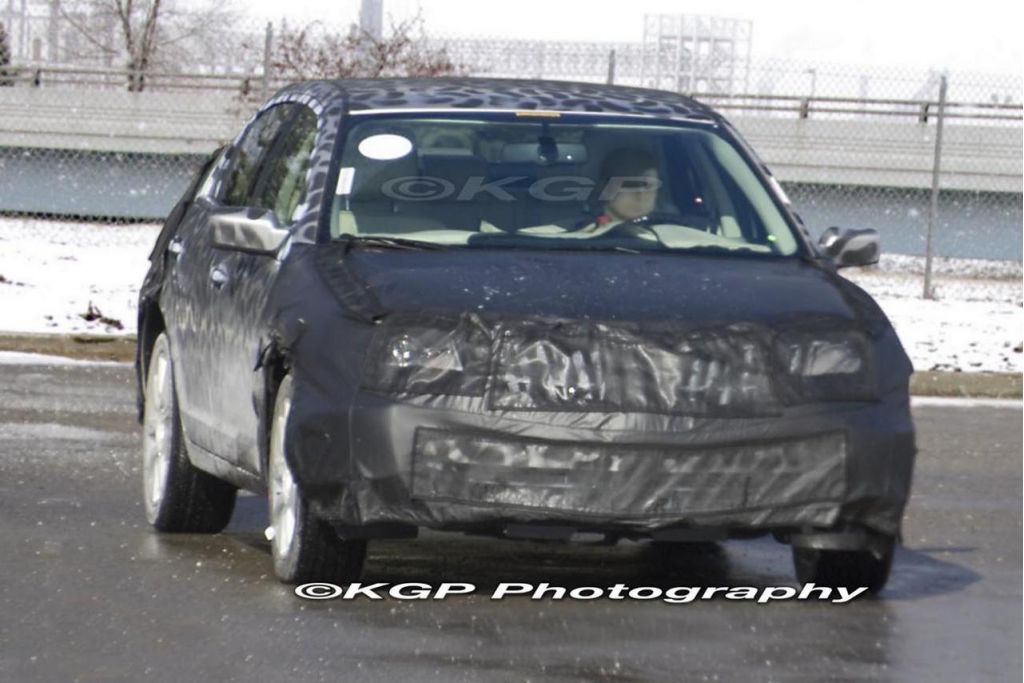 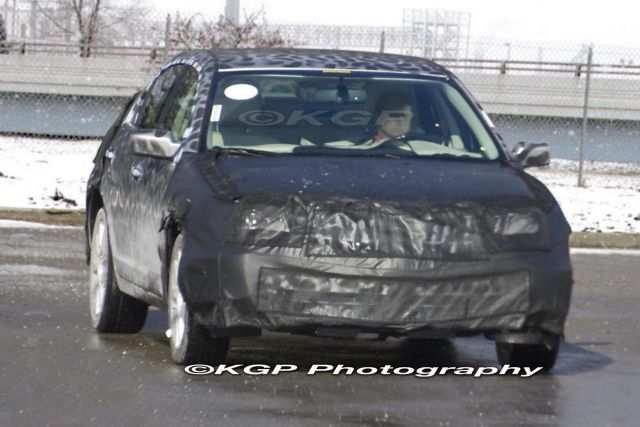 The Lincoln MKZ is getting another thorough facelift, as evidenced by this prototype caught prowling the streets of Dearborn. The MKZ has suffered an identity crisis since its inception, as it endured continued styling tweaks and a name change (from Zephyr to MKZ) one year into its lifespan.

The prototype is heavily disguised at the front and rear, but elements of an MKS-style split grille show through the camouflage. The new face should give the rather anonymous MKZ greater presence, and should go a long way toward solidifying Lincoln's new design theme. The dramatic vertically-slatted split grille treatment--which first wowed crowds on the MKR concept--is reaching production on the MKS, and has been seen on early prototypes for the MKT crossover. Its implementation on the MKZ can only help in creating a more focused direction for the Lincoln brand.

The rear camouflage hides redesigned taillamps, which will continue to stretch across the tail, just as they do on today's MKZ. Sources tell us that some interior modifications are also in the works, and the covered dash on this prototype seems to support those reports.

The timing of this MKZ facelift coincides with similar changes in store for its Ford Fusion and Mercury Milan platform-mates, which are being readied for the 2009 model year. Oh, and if you can think of a car that's had this much meddling in its short life, remind us in a comment. We forget things like that.--KGP Photography

You can't get enough spy shots, can you? Here are more to feed your nasty habit