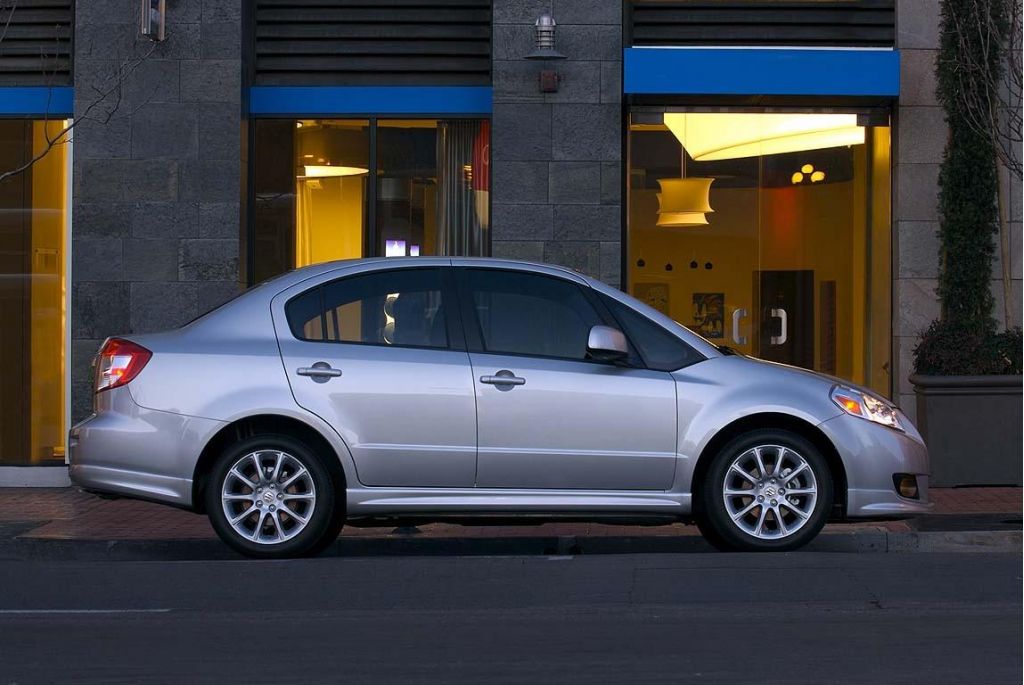 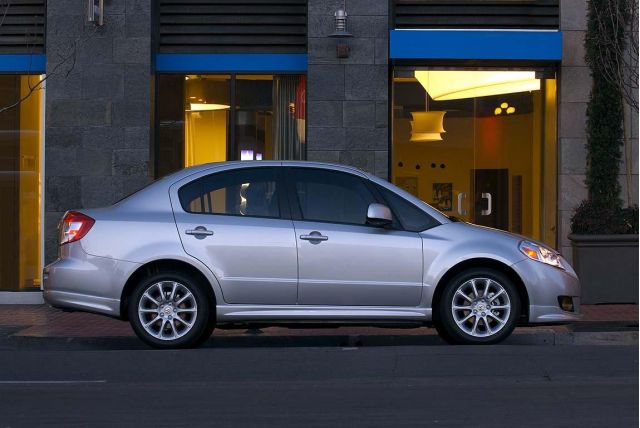 It's also perhaps the case where reality has most exceeded my expectations.

I'm not so fond of the exaggerated-upward proportions and abbreviated silhouette of the oddly named Sport (as the sedan body style is called), which doesn't look as sporty, by most accounts, as the SX4 hatchback. Look beyond that and it's quite a zippy, little commuter, with enough space for four adults in a pinch and a tiny, easy-to-park footprint. It feels more expensive than its price tag indicates, and it's a really well-rounded choice for anyone who's on a tight budget.

The 143-hp, 2.0-liter engine is ideally suited to daily stop-and-go driving on congested streets, either with the four-speed automatic, which I'd previously tested in an SX4 (all-wheel drive) hatchback, or with the five-speed manual, which my SX4 sedan (front-wheel drive) test car was equipped with this time around. As Marty Padgett covered in our full road test of the SX4 Sport, the seating position is supportive and upright, and the suspension keeps the SX4 more buttoned-down and crisp-handling than we'd expect from a very affordable ride — even more commendably, not at the expense of ride comfort.

But some of the same qualities that make the powertrain feel smooth and zippy at first eventually betray themselves when you drive the Sport more enthusiastically. The throttle is aggressively calibrated yet the engine is slow to rev, so quick throttle-blip downshifts aren't possible; pity, as the tactile experience from gearbox and clutch wouldn't be out of place in a serious sport sedan. The other issue, if you really want to take advantage of the pep available, is engine noise; it gets quite boomy as you reach and exceed 4000 rpm.

People are going to look at the SX4's size and engine size and assume it's exceptionally fuel-efficient, but that's not the case here. Our front-wheel-drive sedan brought EPA estimates of 22 city, 30 highway, and in a week of relaxed, mixed-duty driving, mostly with a light throttle foot, we managed just 23 mpg — about the same we've seen in mid-size sedans like the four-cylinder Accord and Altima.

But there are plenty of practically minded upsides to the SX4. Materials look and feel great for such an affordable car, and build quality on my test car was spectacular — better than I've seen recently on some luxury-brand vehicles. And the SX4 was devoid of two common small-car evils: road noise on coarse surfaces, and wind noise at 70 mph.

Factor in the 100,000-mile/seven-year powertrain warranty that's transferable to subsequent owners, and it's even more appealing. Not that you're likely to need that, as the SX4's predecessors, the Suzuki Swift and its GM equivalents, the Chevy Sprint and Geo Metro, carried a longstanding reputation for better durability than rival cheap cars.

Here, you see, cheap is not cheap.