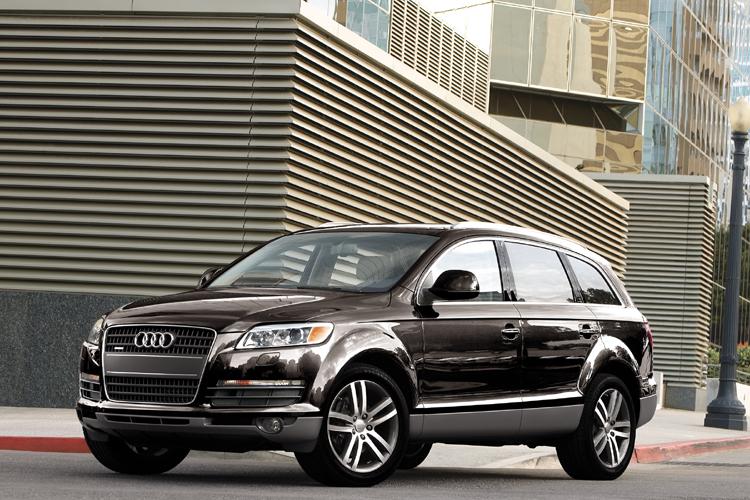 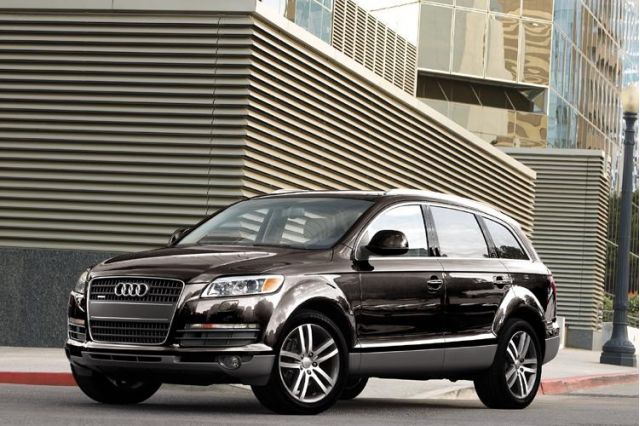 This week's test drive in the TCC South garage is Audi's Q7 sport-ute, outfitted with a Premium package.

The Q7 is our clear favorite, compared to the utes that share its running gear, the Porsche Cayenne and the Volkswagen Touareg. The Q7's the only one with a third-row option, for one, and its suave styling trumps the plain look of the Touareg and the dowdy, ungainly Cayenne. And when we road tested it last year, we favored the Q7 over the BMW X5, saying "Despite its beefy stats and tons of equipment, Audi's first true SUV is a lighter, nimbler piece than its data sheet spells out. Among its colleagues, only the Range Rover Sport approaches its sense of style and deft blend of on- and off-road personalities."

It holds true in the 2008 model year, as the Audi's luxe interior continues to impress us, and the pals we chum around in it. The Q7 has stunning interior materials for a sport-ute. The carpeting in the cargo area is better than most "custom-built" homes we saw while gawking this month, and they're bordered in high-quality trim, with bits of chrome even apparent behind the second-row seats. I'm not a big user of third-row seats, but with them folded down the Q7's cargo hold would easily swallow two weeks' worth of luggage.

This time around, we found a little less to like about the six-speed Tiptronic automatic. It's a little quick to dodge around the gears, and the throttle tip-in it set to feel quick--but it can feel jumpy in city-street driving.

Another disappointment in any SUV of this size is fuel economy, and in this the Audi's doesn't disappoint. City mileage is tagged at 12 mpg -- and on the highway it doesn't get much better, at 17 mpg.

My test vehicle carried a base price of $59,375, with a generous helping of standard gear ladled on, including a navigation system, the third-row seat, Sirius, a rearview camera, and a power tailgate. Options including an air suspension, a panorama sunroof, chrome wheels and voice-activated navigation, pulled the tally to $66,775.

If that tab for the Q7 doesn't make you blink, the few minor quibbles we have with its transmission should be easy enough to overlook. But Land Rover's Range Rover Sport is a good alternative in this sky-high price range.