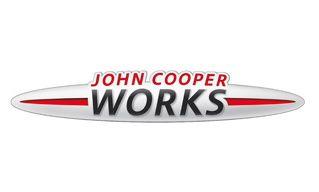 With the AMGs and the Ms and the SSs littered around the automotive landscape, it’s easy to assume the MINI brand’s John Cooper Works tuner spin-off is a part of the BMW empire. It’s not, but now MINI says a new agreement with the tuner firm is bringing the two closer than ever.

From now on, MINI confirms that the John Cooper Works badge will be applied to all the performance parts made available for the Cooper range, including Clubman and Convertible models and likely, the future Crossman edition. Going forward, MINI says all the products meant for drivers “with a specifically sporting ambition” (we’re guessing they don’t mean quail hunting or figure skating) will wear a John Cooper Works badge like this one, a new logo that MINI says is a “guarantee for exceptional racing know-how.”

MINI will also underwrite a John Cooper Works Challenge racing series during 2008 that will underscore the range of performance gear available under the mini-MINI brand. The series will use MINIs tuned by JCW up to 210 peak horsepower.

JCW’s Mike Cooper, son of the racing engineer John Cooper who began tuning MINIs as early as 1961, is the conduit for the racing knowledge to get back to the MINI homebase, MINI adds.