2012 Jaguar XJ: Spies Nab It, But You’d Never Recognize It

While the world gets a grip on the loveliness that is the new XF sedan, Jaguar’s pressing ahead with a revamp of its big XJ sedan. And that’s exactly what spies have captured in cold-weather testing--the first prototypes of the new XJ coming in time for the 2012 model year.

Jaguar facelifted the XJ for the 2008 model year, but a total makeover has been in the works for more than a year, in spite of collapsing sales in the U.S. and an imminent sale to India’s Tata Motors.

The prototype has the body of the current XJ, but with a wider track and a modified platform. Codenamed X351, the XJ replacement is expected to bow by early 2011.--Hans G. Lehmann/Hidden Image 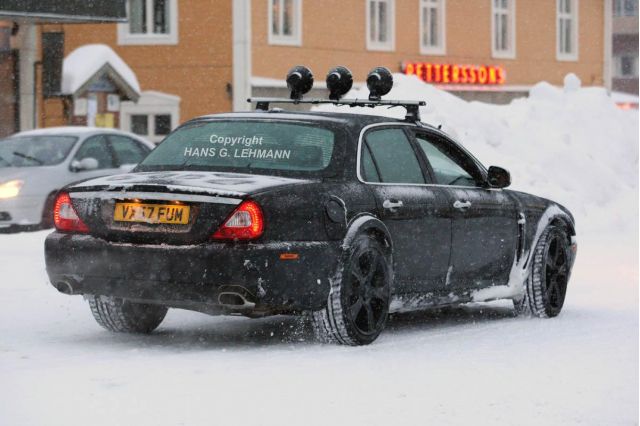