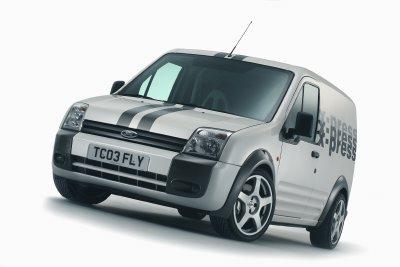 Ford’s fresh from introducing the updated 2009 Ford Escape and ’09 Mercury Mariner at the Washington auto show. And in two weeks, the company’s truck portfolio will increase with the addition of the Transit Connect, an award-winning cargo van sold in Europe.

Ford is expected to introduce the Transit Connect at the Chicago auto show.

There’s no official confirmation from Ford, but sources to TheCarConnection say that the Transit Connect will be sold in North America as a 2009 model, and will come from Ford’s plant in Turkey. It may eventually be produced in North America, as Ford works to broaden the global reach of its products.

The front-drive van will come with a four-cylinder engine and five-passenger seating but will be pitched as an alternative to the Dodge Sprinter. The Connect has full safety gear, including side airbags and anti-lock brakes.

There’s no word on pricing, but sales are expected to start in the fall.