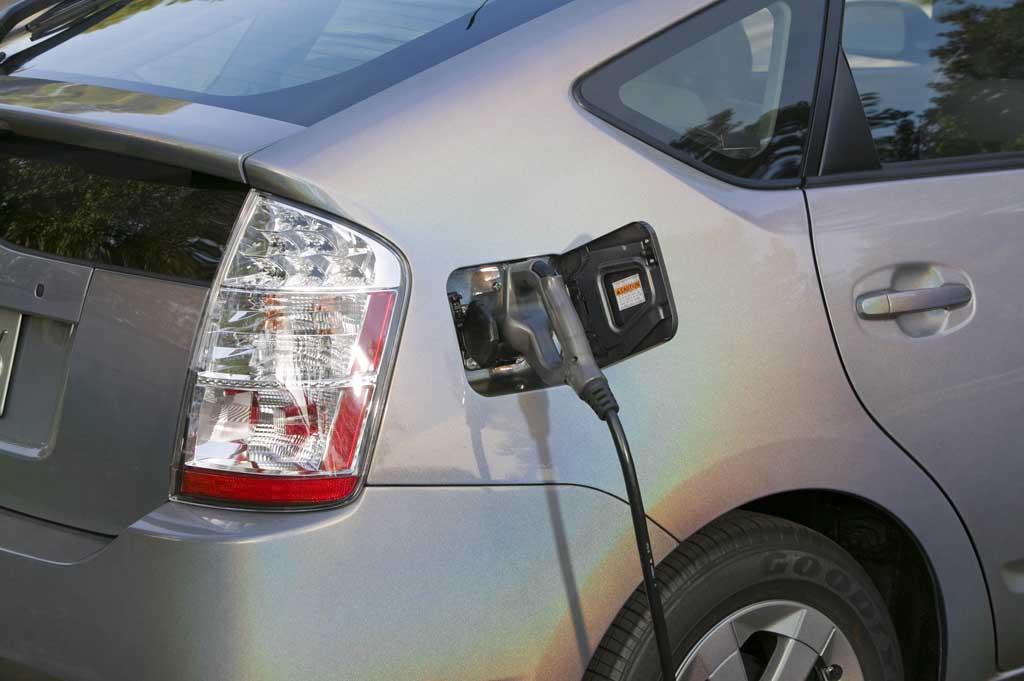 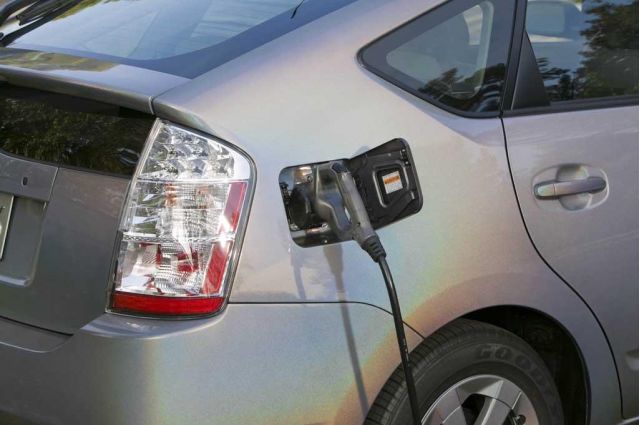 The race is on. Who will be the first automaker to reach market with a super-clean, hyper-fuel efficient plug-in hybrid-electric vehicle?

While a variety of manufacturers have committed to developing the high-mileage technology – even unknowns like the California coachbuilder, Fisker Automotive – the real battle is between the industry’s two giants, General Motors and Toyota.

GM stole the 2007 Detroit Auto Show with its Chevrolet Volt, which is designed primarily to run on battery power for day-to-day commuting, but can switch on its pint-sized gasoline engine for longer trips.

After initially pooh-poohing the plug-in concept, Toyota officials have given it their well-financed embrace. Fearing that GM could suddenly gain the high ground in the emerging market for green machines, the Japanese maker is racing to put its own PHEV into production.

At this year’s Detroit show, CEO Katsuaki Watanabe announced that a plug-in version of the popular Prius hybrid will reach market by 2010. That would be a year after GM’s Volt goes into production – at least, if the U.S. maker holds to schedule, something GM isn’t famous for. But insiders at both companies admit they’ve got a lot of work left to ensure that their prototypes meet are actually ready for market.

Production plug-ins will depend on the latest lithium-ion technology, but as anyone with a cellphone or laptop computer knows, LIon batteries are notoriously fickle. As of January 1, the Department of Transportation islimiting the number of lithium-ion batteries travelers can bring aboard commercial flights, due to their tendency to catch fire spontaneously.

GM, Toyota and their competitors will have to take the technology an extra step, ensuring their batteries will be able to last over 100,000 miles in the hostile environment automobiles routinely face.

That’s why the prototype plug-in the Japanese automaker brought to Detroit featured a set of Nickel-Metal Hydride batteries. Make that a double set of the same technology used in the current Prius hybrid. For the moment, Watanabe explained, Toyota plans to develop the plug-in vehicle itself with the more reliable batteries, while LIon research continues in the labs it operates in a joint venture with electronics giant Panasonic.

Were it not for the decals all over the Prius we spotted outside the Detroit Athletic Club, we’d never have been able to tell the difference between the prototype plug-in and a conventional hybrid-electric vehicle. Except for a double helping of NiMH batteries and some software revisions, the Plug-in prototype is the same as the Toyota HEV you see all over California, and many other parts of the country. At its heart, both versions of Prius link a highly-efficient gasoline engine with Toyota’s electric Synergy Drive system. During coasting and braking, energy normally wasted is recaptured and used to charge up those NiMH batteries.

When you launch, or accelerate aggressively, that energy powers a set of motors used to assist the gasoline engine. A conventional Prius also can operate in battery-only mode for a little more than two miles, as long as you feather the throttle and keep speeds below 25 mph.

The Plug-in prototype also can recapture waste energy, but normally, you charge it up by plugging it into a conventional wall socket – about four hours of 110-volt current will give you enough power to go seven miles, at speeds up to 62 mph.

That’s with the extra nickel-metal hydride battery pack. Toyota engineers are still trying to determine how much range they might get with advanced lithium-ion technology. GM is promising something north of 30 miles with the Chevy Volt, even at normal highway speeds.

That’s not the only difference. GM Vice Chairman Bob Lutz prefers to call his company’s plug-in an “extended-range electric vehicle.” The difference is subtle but significant. In the Prius, whatever the battery, the wheels can be directly driven by either its internal combustion engine or electric motor. This is what’s technically known as a parallel hybrid.

Volt is a serial hybrid. No matter what, its wheels won’t turn unless its electric motors are turning. And they either get powered by the car’s batteries or some other energy source. This can be a diesel or gasoline engine working as a generator, or even from a hydrogen fuel cell – though don’t expect to see the fuel cell system on the market any time soon.

What Volt feels like, we’ll have to wait to see, but Toyota’s plug-in drives, well, just like a Prius. Turn the key, hit the “Start” button and you may think something’s wrong, unless you notice the flurry of blinking lights, spinning gauges and digital readouts on the instrument panel. Shift into gear and step on the throttle and the PHEV starts off.

Gingerly squeezing the accelerator, we pulled out of the Detroit Athletic Center parking lot, the electric motor whining gently, so quietly, in fact, it would likely take a nearby pedestrian by surprise.

Coming to a stoplight on Woodward Avenue, the Toyota engineer serving as our co-pilot urged us to slam the throttle. This time, the gasoline engine kicked in and we were surprised at how quickly we launched. So was the driver in the next lane, who had paused to read the Prius’s panoply of decals.

As soon as we backed off on the “gas,” the IC engine cut off again, leaving us to run solely on battery power, even as we turned onto Interstate-75. We again squeezed the throttle, this time as if there was an egg under our foot, the speedometer slowly creeping upwards, until we hit 62. Once again, the gasoline engine kicked back in and stayed on until we reached our exit.

As we slowed down, we were back in electric mode again, or at least, so it seemed. Like a conventional Prius, the transition between gas, electric and combined modes is as seamless as it gets. You really need to be watching the eye-catching video display on the center console to be sure where you are.

Puling back into the club lot, we found ourselves down to about 2 miles range, enough to get our co-pilot scurrying off to find an electric outlet for the necessary recharge.

Our initial drive was impressive, at least when it comes to the basic functionality of the Prius in plug-in mode. There’s no question it doesn’t offer enough range, and it will almost certainly have to hit something higher than 62 mph to satisfy American motorists. But Toyota is starting from a successful base, and if they can get the right lithium technology, they should be able to deliver a competitive addition to the Prius line.

How it will compare to the Volt remains to be seen. Chevy’s offering has some advantages, at least on paper, and like Prius, its distinctive styling will be a stand-out. But there’s apparently a lot of work left before it’s ready for production.

The battle is still more than a year off, but both industry giants are getting charged up and ready. And if they succeed, the public – and the
environment – could prove the real winners.