What Do HUMMER and Saab Have in Common? 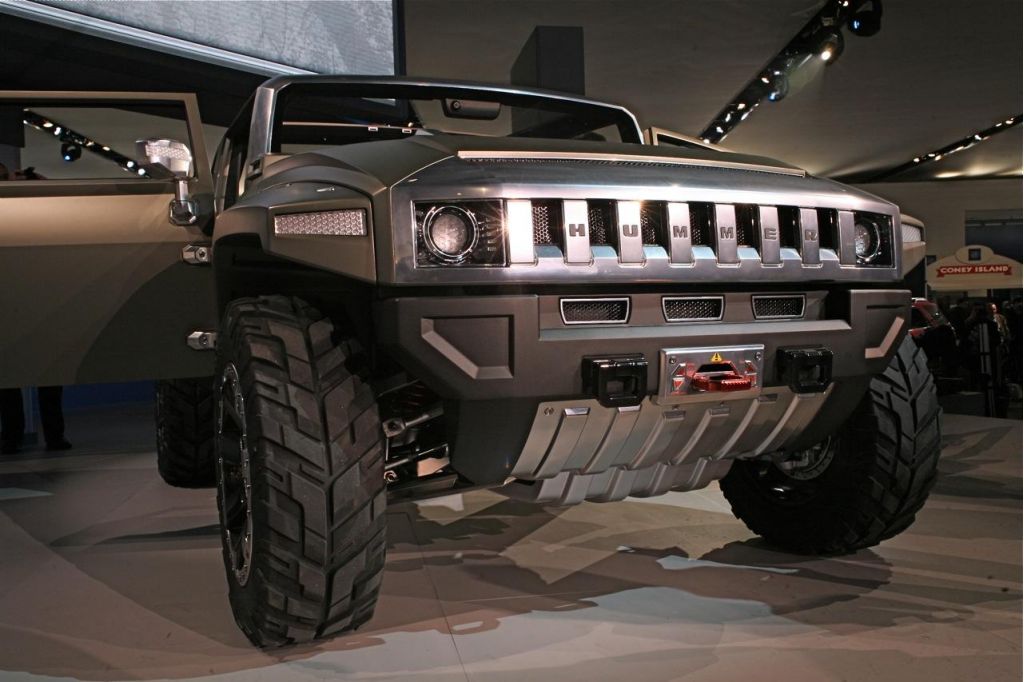 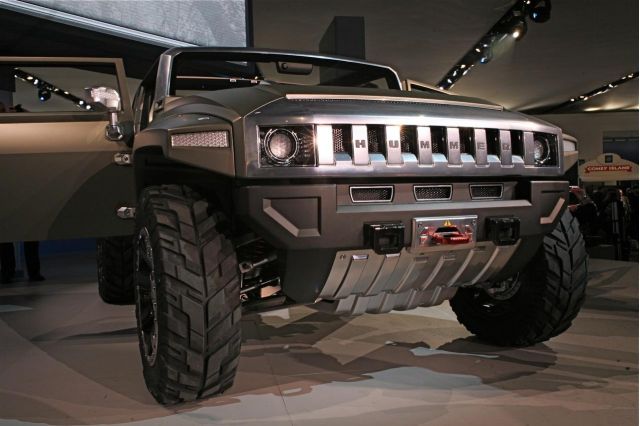 To make his point, GM introduced two E85-powered "concepts." One was the HUMMER HX, widely thought to be the upcoming H4. HUMMER has consistently expanded it's market offerings by introducing ever smaller vehicles, and the Jeep Wrangler/Toyota FJ sized HX looks like it could become a viable production model. HUMMER General Manager Martin Walsh noted that "A vehicle like the HX would help us expand internationally because it's small enough. The size of current HUMMER models limits their appeal in Europe."

When asked directly about the HX being the H4, he denied it said that the brand is still studying the issue. We also asked Martin whether the HX would be built on a shortened H3 chassis based on the fact that the track of the HX and the H3 are within two inches. "It could be built on an all-new architecture," Martin said. We'll see when it gets here, eh? 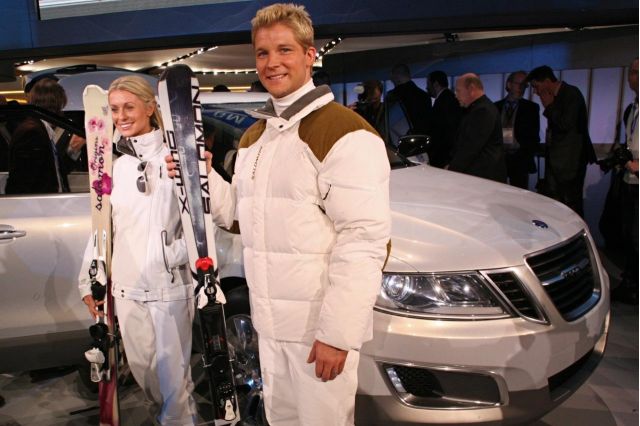 The second E-85 fueled concept was the Saab 9-4X BioPower. This "concept" is the thinly veiled 9-4x that Saab will launch in the next year or so. It's built on GM's new mid-size crossover platform, and should share considerable under-the-skin components with Cadillac's replacement for the SRX (for a hint at it's new look, see the Cadillac Provoq concept). The BioPower portion of the Saab's moniker references to the E-85 capable 2.0-liter turbo found under the Swede's hood. Thanks to the high octane of E-85, the four-cylinder can run higher boost than on normal premium unleaded gasoline. Burning E-85, the concept purportedly produces 300 horsepower and 295 lb-ft torque.

We asked Saab PR Manger Jan-Willem Vester why GM was still pouring money into Saab. He'd been asked that question before, it seems, and responded that, "If GM didn't see potential in us, we'd have been dead long ago. We're a good niche brand, and sell well on the coasts, and we're strong in Europe. That's why they keep us."

As these concepts made their debuts, Wagoner lucidly built a scenario where ethanol was presented as a reasonable choice for our mid-term energy needs. He referenced ethanol's compatibility with gasoline burning engines and our existing fuel-distribution system. He pointed out that burning the fuel requires no change in habits of we intransigent U.S. consumers. He provided the six million-unit tally of E85-capable already on American roads today. Then, after knowingly avoiding discussing all of the well-to-wheels issues surrounding ethanol, Wagoner announced a partnership with Coskata Inc.

This company can produce ethanol from all kinds of waste material from source materials as diverse as used automobile tires to yard waste. Coskata's ethanol production addresses the use of water normally associated with the process. Additionally, their technique creates seven units of energy for every one unit of energy used in the production of the fuel. The most intriguing element of the Coskata announcement was that the company claims it can produce E-85 for only $1/gallon. The company's first commercial-scale plant should come on line in 2011. Take that, OPEC.--Rex Roy