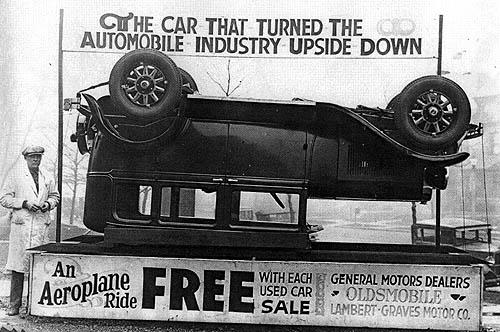 It’s a buyer’s market. And that holds true whether you’re looking for a new home – or a used car. The credit crunch and other economic uncertainties are playing havoc with sellers, it seems, and while the biggest impact is clearly being felt in the housing market, those looking to trade-in or simply sell a car have plenty to be worried about, as well, notes Rod Lache, a senior automotive analyst with Deutsche Bank.

The car market took a while to feel the impact of the broader economy. While housing was down pretty much all of 2007, used vehicle prices actually kept rising, Lache noted, from mid-2006 until around September. Since then, the trap door has begun to swing open, prices falling about 4.8 percent. The numbers plunged 2.9 percent in December alone, he noted.

There are reasons to believe things will only get worse. For one thing, the market will see an increase in the number of lease vehicles returned to dealers. That’s bad for everyone. True, motorists don’t get stuck when a leased vehicle is worth less, upon return, than forecast. Carmakers, like Ford, GM and Toyota, have to swallow the difference, which impacts the bottom line. But the more used vehicles there are out there, especially if demand softens, the less you’ll get for your trade-in.

If there’s one plus for consumers, the used car crisis could force makers to hold, and even cut, prices on new cars, says Lache. The situation, “will pressure new vehicle sales, as used vehicles will look increasingly affordable relative to new.”

The problem is that with lenders tightening up, many potential customers with weak credit histories might not be able to get a loan, no matter how affordable things get in the market.