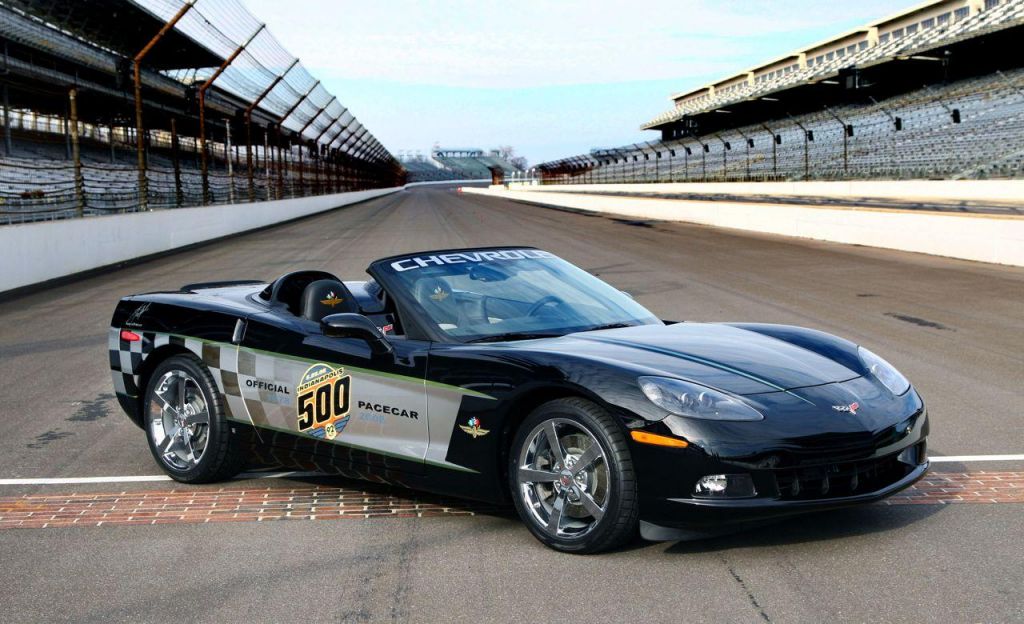 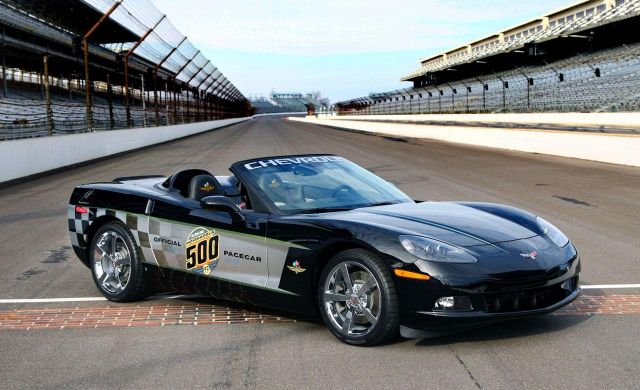 With all the Detroit auto show embargoes and leaks wafting in and out of our earbud reality (mac/itunes/winehouse/love_is_a_losing_game.aac), we filed away these pics of the new Corvette Indy pace car and special edition until we could visualize a day when bleak Detroit winter would be replaced by a sunny weekend in May, the smell of racing fuel and the sounds of screaming tires. 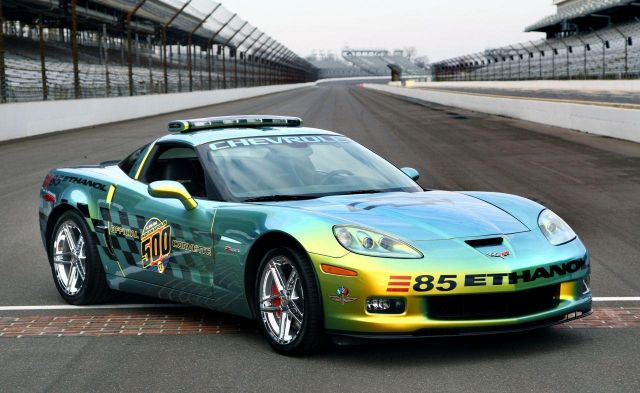 So now we’re there, before the ZR1 occupies all the airwaves from Detroit and before you lose interest completely. First up is Chevy’s 30th Anniversary Indy pace car, which celebrates the 1978 pace car, the first ‘Vette to circle the Brickyard slowly. The new edition gets silver and black paint and a limited run of 500 copies, each car signed by Emerson Fittipaldi. Inside, the seats are stitched with special logos. Coupe and convertible versions will be offered, while the Corvette 3LT and Z51 packages are standard.

Next is the Corvette Z06 E85 concept. Its massive V-8 ditches gasoline (well, mostly) and it runs on ethanol fuel, which is produced in volume not far from the teeming stands at Indianapolis. The E85 concept gets fuel-system and powertrain controller mods to run on the fuel, and gets a Gold Rush Green paint scheme to denote its special powertrain. This concept’s getting some street time in Indy, where it will be piloted by two-time winner Fittipaldi. It’ll be the 10th time a Corvette has paced the pack of entrants.