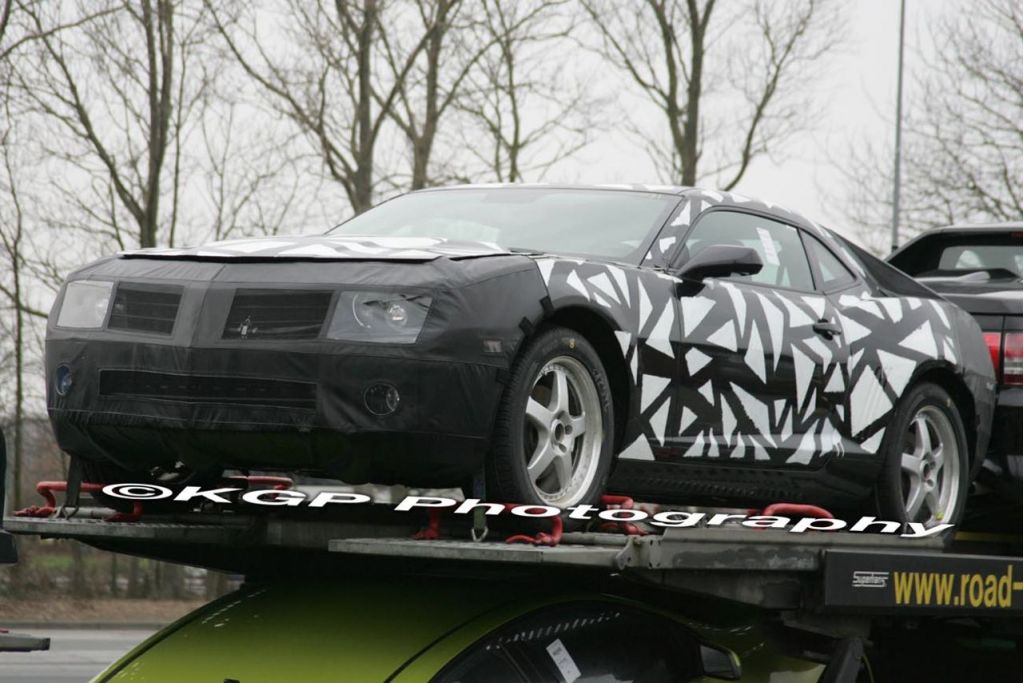 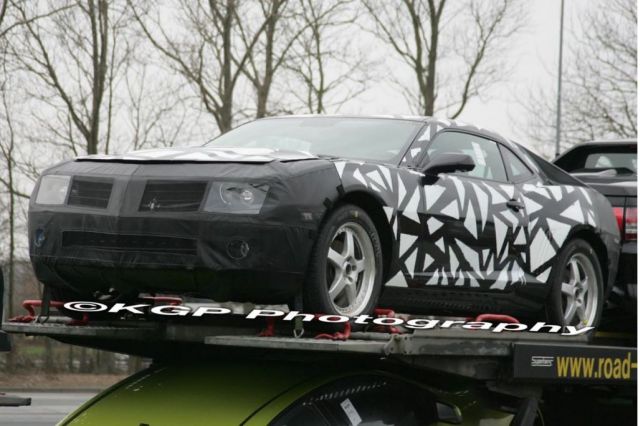 One of our European operatives caught this full stable of high-performance Holden test cars — including the new Camaro — between Denmark and Sweden, en route to the frigid arctic circle testing grounds. The encounter provided the best, most detailed look at the Camaro, including the first shots of the car's interior.As with the exterior, the production Camaro's interior will remain true to the concept in its overall look and feel. The largest change between the concept and production versions is found on this prototype's center stack, which has an attractive stereo interface that was missing on the show car. The four small analog gauges still reside in front of the gear shift lever, and the old-school instrumentation pods have survived the productionizing process largely unscathed. A band of color-keyed trim runs along the dash face, and flares out into the door panels, providing some welcome character and further linking the production Camaro with the concept that has been only teasing us for far too long now.

Our close-up look reveals that these Camaro prototypes were outfitted with 20-inch wheels, and were shod with 245/45 ZR20 Pirelli P Zero tires.