Lots of Losers in December Sales 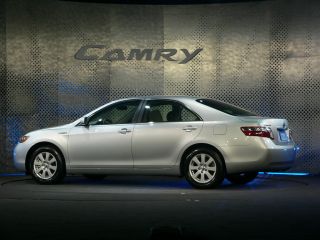 Toyota, which finished the year with an increase in sales, moved up to second in overall sales, pushing Ford from the second spot for the first time in 75 years. Honda, Nissan, Kia, and Hyundai also reported gains for the full year, putting more pressure on the market share of the Big Three, which have seen their share of the U.S. market drop by more than 20 points over the past decade.

When Scion is included in the totals for the Toyota brand, Toyota actually was the best-selling nameplate in the United States, surpassing GM’s sprawling Chevrolet brand by more than 30,000 units. Minus Scion, Chevrolet finished the year as the best-selling brand in America.

Mitsubishi enjoyed its best year since 2004, despite a 40-percent drop in sales in December, and Suzuki’s sales topped 100,000 units for the second year in a row, while Subaru sales dropped nine percent in December and six percent for the year.

“This was definitely a challenging year to be in the car business, and 2008 isn’t likely to be a piece of cake,” Dick Colliver, executive vice president of American Honda, said in a statement.

Tom Libby, an analyst for J.D. Power & Associates, said the move to crossover vehicles continued during 2007 and that movement to smaller vehicles also accelerated during the past six months.

Bob Carter, Toyota vice president, said the demand for fuel-efficient vehicles was critical to the company’s continuing success. However, the company’s did not meet its full-size pickup sales goal for 2007, he acknowledged.

Consumers appeared to cut down on car shopping as rising energy costs and a steep drop in the housing market took a toll on the nation’s economic health. Housing starts, a barometer for sales of profitable trucks, are in the deepest slump in 16 years.

GM Chief Executive Officer Rick Wagoner said the U.S. economy may be a "risk'' to auto sales this year, while Ford forecast that industrywide first-half sales will be at an annual rate of 15.2 million to 15.7 million vehicles. The one piece of good news was that inventories are also down dramatically, setting the stage for what potentially could be a brisk recovery later this year, noted Mark LaNeve, GM vice president for vehicle sales, service and marketing.
The Toyota Camry was the best-selling car in the U.S. for the sixth straight year. The company's Prius, the top-selling gasoline-electric hybrid, outsold Ford's Focus to rank eighth in annual volume among cars. Ford’s F-Series remained the best-selling truck.