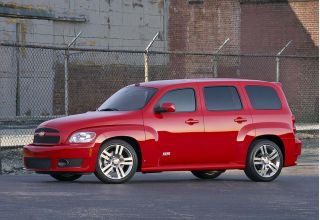 General Motors is reviving Chevrolet's SS designation and giving it some genuine substance."We're taking it away from the marketing people," says Bob Lutz's GM vice chairman and head of product development. "Its going to be a technical designation from now.”

In the future, any vehicle carrying the SS designation will offer more performance than the standard models of the same vehicles from Chevrolet. The SS models will have more horsepower, different brakes and different tires as well as different styling cues, Lutz said.

The Corvette Z06, however, won't be incorporated into the new SS family, he said, but with Chevrolet building its global presence, he would like to see the designation spread from the U.S. to overseas markets.

Culturally, however, it could be difficult because the term "SS" has a much more sinister connotation in Europe where it was the designation for special troops deployed by the Nazis during World War II, making it difficult to use commercially, Lutz noted.

However, GM is charging ahead with remake of the SS line, he said. Chevrolet showed off the latest version of SS family, the 2008 HHR SS, during the Woodward Dream Cruise last summer in Detroit. Lutz said the specifications of the HHR SS illustrate where Chevrolet intends to move with the SS badging.

The ’08 HHR SS was engineered by GM Performance Division and is the first SS model developed since GMPD was charged with overseeing the “go, stop and turn” requirements demanded of any new Chevrolet wearing the SS badge, Lutz said.

The next car to get the SS upgrade is the Cobalt, a member of Heinricy's engineering team said. The new Cobalt SS is due out in the spring of 2008.

The HHR SS is transformed by a turbocharged and intercooled engine that produces 260 horsepower and an specific interior, which was developed by engineers and designers from the GM Performance Division. The changes in the HHR interior include everything from sports seat with SS embroidered badge to moving the shift lever 6 millimeters, making it easier to manipulate the manual transmission.

2021 Jeep Grand Cherokee L three-row SUV costs $38,690, crests at $67,000
Commenting is closed for this article
Contribute
Send us a tip Comment Contact the editor
Follow Us