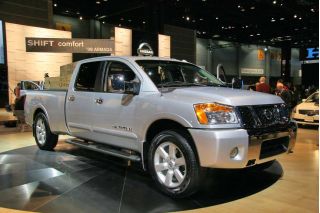 The Bush administration has finally offered the carmakers some protection against California's harsh new greenhouse gas legislation.After the President signed the new energy bill upping auto fuel economy on Wednesday, the Environmental Protection Agency (EPA) announced it was rejecting California's request for a waiver from the Clean Air Act. California has been working on legislation that would force automakers to cut carbon dioxide emissions drastically, in effect setting even tougher fuel-economy rules for automakers.

"California's current waiver request is distinct from all prior requests," said EPA Administrator Stephen L. Johnson in a statement. "The Bush Administration is moving forward with a clear national solution — not a confusing patchwork of state rules — to reduce America's climate footprint from vehicles," Johnson added.

"President Bush and Congress have set the bar high, and when fully implemented, our federal fuel economy standard will achieve significant benefits by applying to all 50 states," he said.

California governor Arnold Schwarzenegger is vowing to fight the EPA ruling, which prevents, at least temporarily, individual states from imposing their own standards on carmakers.

"New CAFE standards, if they go into effect, do not fully phase in until 2020," said Jim Martson general counsel for Environmental Defense. "The California greenhouse gas limits will occur earlier, beginning in to 2009 and be fully phased in by 2016," he added.

"The U.S. Supreme Court ruled decisively in April 2007 that the EPA does have the authority and the obligation to regulate global warming emissions. Two other state courts — the second district court in Vermont in September and the 9th district court in California — also enforced states' rights to proceed with clean car rules. The federal courts dismissed automakers' claims they did not have the technology to meet the standards," Environmental Defense added.

José Manuel Barroso, the president of the European Commission, said in a statement that proposed regulations "demonstrate that the European Union is committed to being a world leader in cutting CO2 emissions and the development of a low-carbon economy."

Stavros Dimas, the head of the EU's environmental commission, said that the industry's decade-old voluntary program to cut emissions had not worked, making tougher action necessary.

The proposed EU mandates not only require steep cuts in CO2 emissions, they also call for a system of fines, which get increasingly costly if automakers fail to meet the standards.

The announcement has set up what could become the ultimate death-cage match between the world’s automakers and the EU's hard-nosed regulators. The fight has been brewing for more than a year and top executives at a number of major automakers — include Daimler AG, Volkswagen AG, and General Motors — have spoken out against the regulations.

After the announcement, both Volkswagen and Renault issued a statement, promising to fight to weaken the draft legislation, saying that compliance would be difficult and that it would hurt their competitiveness on a global level.

None of the 17 major manufacturers selling cars in Europe, including makers of smaller vehicles like Fiat, currently meets the proposed targets.

Automotive industry experts warned that the measures would come at a substantial cost for manufacturers, who were likely to pass on some of those costs to buyers. Complying with the rules would cost manufacturers on average between $2100 and $3800 for each car they produced to pay for efficiency-enhancing technologies.

Ten grams of that reduction would come from the introduction of cleaner fuels and other components like tires and air-conditioning systems. The current average for cars sold in Europe is about 160 grams per kilometer. European carmakers had previously been asked to meet a voluntary target of 140 grams by 2008.