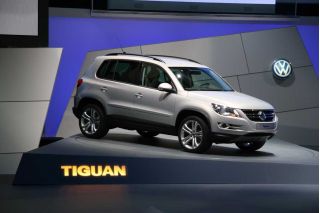 The ink is hardly dry on the Chrysler-Daimler divorce papers, but already, another German carmaker could be waiting in the wings for the American carmaker.David Cole, chairman of the Center For Automotive Research, said competition is forcing automakers to consider options they might not have contemplated only twelve months ago.

“There is going to be another round of mergers in the auto industry and the one company that matches up well with Volkswagen is Chrysler,” he noted.

Volkswagen already has a joint project with Chrysler to develop a new minivan, which will be assembled by Chrysler in the next couple of years and will be sold in the U.S.

“VW needs a strong presence in North America. In a complimentary and synergistic relationship, Chrysler has got a lot to offer. The scale that General Motors and Toyota have are absolute killers. The only thing you can do is match up to them. GM will have taken $5,000 out of the cost of a car soon,” Cole noted.

Carlos Ghosn, the chairman of Renault/Nissan, has expressed an interest in Chrysler, Cole said. Ghosn said he had not spoken with anybody at Chrysler about an alliance. However, he noted, for strategic reasons, the Renault-Nissan alliance needed to bolster its relatively small presence in North America.

Cole, however, said there is little doubt VW is going to have to move quickly to develop a new North American strategy. A new study by CAR indicated autoworkers in western Europe are making almost $10 more per hour than their counterparts in the U.S.  The study was finished even before the U.S. dollar began its most recent slide.

Until now, Europeans carmakers have been able to fend off the challenge by charging a premium for their vehicles and with hedging strategies in which they built different pieces of the vehicle in other parts of the world where labor costs are lower.

VW had operated an assembly plant in western Pennsylvania during the 1980s but shut it down in the late 1980s after sales of the VW models built at the factory dropped sharply. By the time it closed, the utilization of the Pennsylvania plant had dropped to under 40 percent. Since then, VW executives have talked about building cars in the U.S. again, but few observers believed they were serious since the employee representatives on the company's board of supervisors opposed the idea.

However, with the euro trading at $1.50, the idea has taken on a new urgency. Volkswagen is at the point where it needs to build more vehicles in North America if it is serious about expanding sales in this market because it will becoming too expensive to export from Europe to the U.S., Cole said.

Meanwhile, VW officials have confirmed that the German automaker is considering building a new plant in North America.

“There are a number of factors that we need to consider in this decision and we will make an announcement in the next six months on whether or not we will proceed with this initiative,” he said.

One possibility, VW officials noted, is to expand the company’s existing North American plant in Puebla, Mexico. Cole, however, said the Mexican plant specializes in small cars and VW probably wants to use a new plant for a very different product — one that could broaden its appeal to consumers.

“If they want to sell a million vehicles in the U.S., they’re going to have to do something else,” he said.

VW announced last week it planned to invest $14.1 billion over the next three years in new products, plants and production capacity. The Volkswagen Passenger Cars unit will invest more than half the money — $9.6 billion — in new products, a company statement said.

Another $2.5 billion was set aside for new production plants in India and Russia and a paint shop in Pamplona, Spain. Another $711 million will be spent at its main plant in Wolfsburg. The statement, however, didn’t contain any specific information about North America and the ultimate decision on the company’s future strategy could be scrambled or delayed by a new investigation by German authorities into the activities of VW’s top executives.