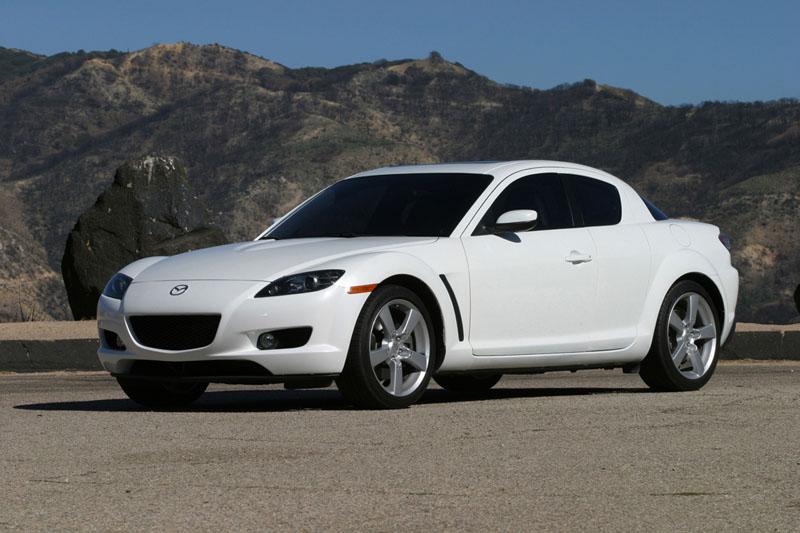 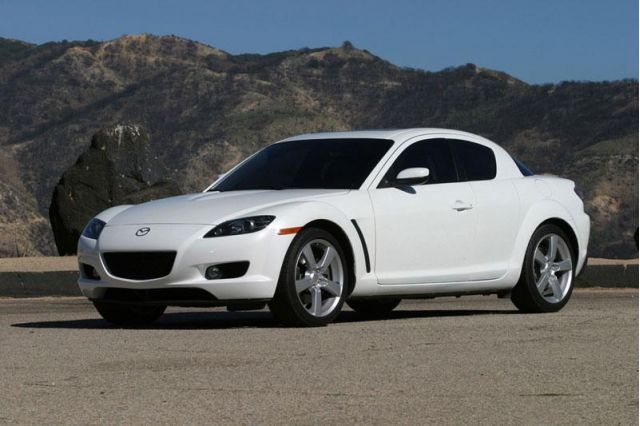 What is it about anniversaries that always draw our attention, well, mine, anyway? Considering all the news releases that cross TheCarConnection.com’s threshold each day, I might have ignored one from Mazda had it not noted that today marks the 40th anniversary of the Japanese automaker’s first production rotary vehicle. In the decades since, the automaker has continued rolling out the unusual, high-power alternative to the piston engine – nearly 2 million and counting – which is currently offered in the sporty RX-8 model, here in the U.S.

Now, to be more precise, one could date the so-called Wankel engine all the way back to 1919, when the then-17-year-old Felix Wankel first dreamed up the idea. And we mean dream. The idea came to him in the middle of the night, and the next day, he vaguely recalled telling friends in slumberland that, “my car has a new type of engine: a half-turbine half-reciprocated engine. I invented it!” Actually, it took the young engineer another 38 years to make his midnight vision a functional reality.

Unlike a conventional, internal combustion engine, the rotary has no reciprocating pistons. Inside the engine block, shaped a bit like a figure eight, is a triangular rotor. It operates much like a regular four-stroke engine, with the standard intake, compression, combustion, and exhaust functions – all while rotating, motion turned into amazingly smooth driving force.

When Wankel and the German company, NSU, produced the first effective prototype – in 1957, exactly a half-century ago, since we’re tracking anniversaries – almost 100 different companies lined up for licenses. That included manufacturers as diverse as the American automakers, General Motors and American Motors – which originally designed the bizarre Pacer to house a rotary. Unfortunately, the upcoming energy shocks effectively killed off those efforts, but we’re getting ahead of ourselves.

Mazda was even more committed to the rotary concept, debuting the R16A, a mid-engine sports car concept, in 1965, and then launching production of the Cosmo Sport, with a 110-horsepower twin-rotor, on May 30, 1967. Within a short time, the maverick manufacturer was hoping, the Wankel would become its primary powerplant.

My own experience with rotary power dates back to 1973, when I convinced my family to cough up the down payment on a brand-new Mazda RX-2. It was distinctive looking and fast as I could hope for, a real alternative to the muscle cars most of my friends owned down the Jersey Shore. Only a college professor’s BMW 2002tii could give me a real run for the money.

Mazda might have made it big but for several issues. There was the first energy crisis which revealed that while phenomenally powerful, rotaries offered mediocre mileage, at best. Worse, my own RX-2 spent more time in the shop than it did running. Bad dealers didn’t help, but it turned out the early seals at the tips, or rotor corners, usually failed catastrophically. Intriguingly and inadvertently, that provided a platform for one of the great names in quality and customer satisfaction. The first to uncover the unexpected technical problem was the then-young J. David Power. He parlayed that research into the California-based research empire that still bears his name.

My own situation ended far less fortuitously. After repeated failures, I finally scrapped my RX-2 as a total loss. But I remained fascinated by the technology. After nearly going broke, a chastised Mazda discovered new and far more reliable seals, the ones used in the RX-8 today. Current rotary designs also make more power and deliver better mileage. And Mazda is even developing a version that could run on clean-burning hydrogen.

So, party on, rotary engine, and Happy Anniversary.

Celebrate with Mazda over at their rotary Web site