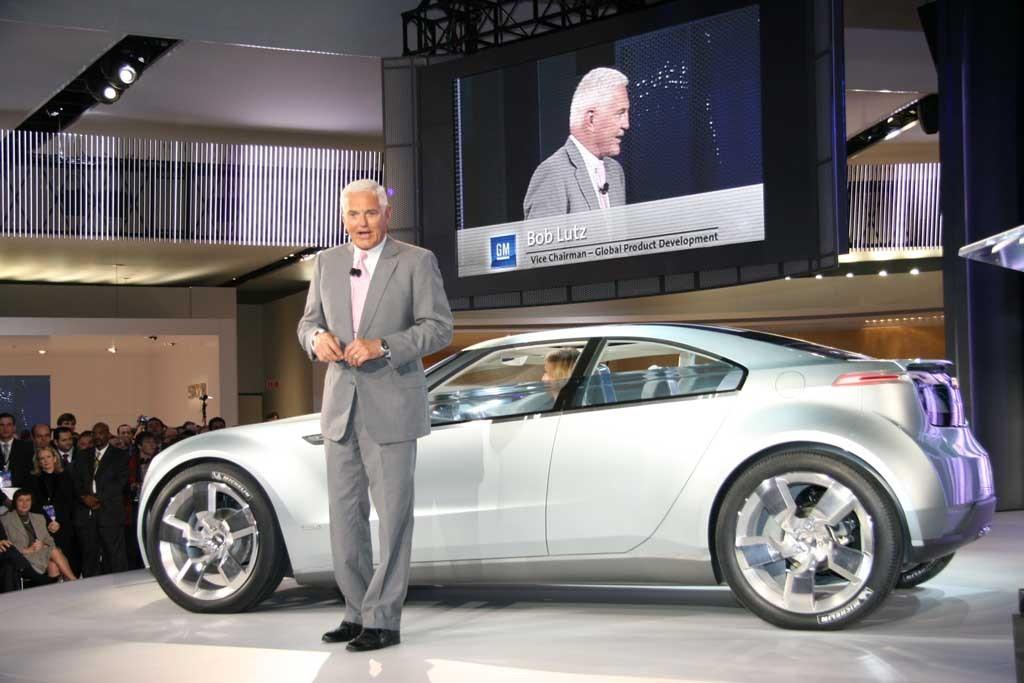 This past weekend, GM vice chairman Bob Lutz was one of the guests on National Public Radio’s Wait Wait…Don’t Tell Me. The comedic weekend quiz show regarding recent news events often takes the show on the road, and this show was recorded in Lutz’s home turf — at Ann Arbor’s Michigan Theater.

Lutz participated in the show’s “Not My Job” segment, where they invite experts from one field on to answer questions from another unrelated area. Since Lutz has been a fighter pilot, racecar driver, and auto executive, they decided to ask him three questions about people who never like to leave the house at all.

“You must choose one of the Big Three,” they joked when Lutz was hedging on three choices, to which Lutz quickly replied, “…which may some day become all of the above.” Lutz didn't correctly answer any questions, which is par for the course on the show, but the questions are really just a way of loosening up the guests, as host Peter Sagal chatted with Lutz about his two fighter planes and being able to buy a decommissioned military aircraft for what Lutz described as “less than you’d pay for a nice Ferrari.” “Instead of trying to compete with them, you could simply strafe them,” joked Peter Sagal, referring to competition from other car companies, and how they might not have access to their own ‘air force.’

They also discussed Lutz’s being hired by GM at age 70, and laughed about the contentious name ‘LaCrosse’, which allegedly is French Canadian vernacular for, as Sagal interjected, “a form of self-entertainment.” The model has been called Allure in Canada, a name that Lutz, clearly critical of the decision, said sounds like a perfume.

Lutz had a chance at the end to plug the Chevrolet Volt, which he called his “perfect car.” “This can bring about the revolution and really make us independent of foreign oil and solve all the other problems,” he said to applause.

To listen to the full show, visit http://www.npr.org/templates/story/story.php?storyId=35

Volt or Blue Devil ‘Vette – which one’s the halo? Discuss!