Shut Up and Write, or Doubt Climate Change? 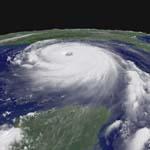 God knows we don’t want this to become a climate change blog, but we keep getting letters like this one that make us think – and write, much to Jeff Murphy’s chagrin:

The Car Connection needs to stick to what it does best - reporting on the automotive industry. The constant political statements about global warming (and yes, it is just what the name says) is unfortunate and takes away from you credibility. Please leave out your comments denying or casting doubt on global warming and report on the auto industry. You might want to investigate your position on the subject as well. I think you will find that your ideas doubting the existence of this phenomenon are outdated, unscientific, and downright ignorant.

The problem is, skeptics are out there – and they have credibility. Take, for example, the Reuters story from today on skeptics, who say they’re having trouble getting heard.

Scientists who doubt the scope and cause of climate change have trouble getting funding and academic posts unless they conform to an "alarmist scenario," said Roger Helmer, a British member of the European Parliament, at a panel discussion on appropriate responses to rising global temperatures.

Benny Peiser, a professor at Liverpool John Moores University, questioned the methods used by climate scientists. He said many were recognizing that using computer modeling to predict an "inherently unpredictable future" was illogical.

"Today's scientific consensus very often turns out to be tomorrow's redundant theory," he said. He said that scientific journals refused to take papers from scientists who doubted climate change.

Or listen to Roy Spencer, a research scientist at the University of Alabama and a former NASA scientist, who says he doesn't believe man is causing catastrophic climate changes.

"I don't think we understand what happens. We can watch it happen on the (climate) models, we know it happens, but we don't know for sure how it happens," Spencer told an Alabama paper.

What is so dogmatic about climate change that should stifle discussion? TheCarConnection.com has a few readers who won’t entertain any opinions other than their own. This, despite our excellent coverage of climate change and CO2 laws and the heated discussion here on our blog.


Climate change skeptics say it's hard to get heard--Reuters

Scientist: Warming not caused by humans-www.AL.com