NISMO Gets Its Hands on the 350Z 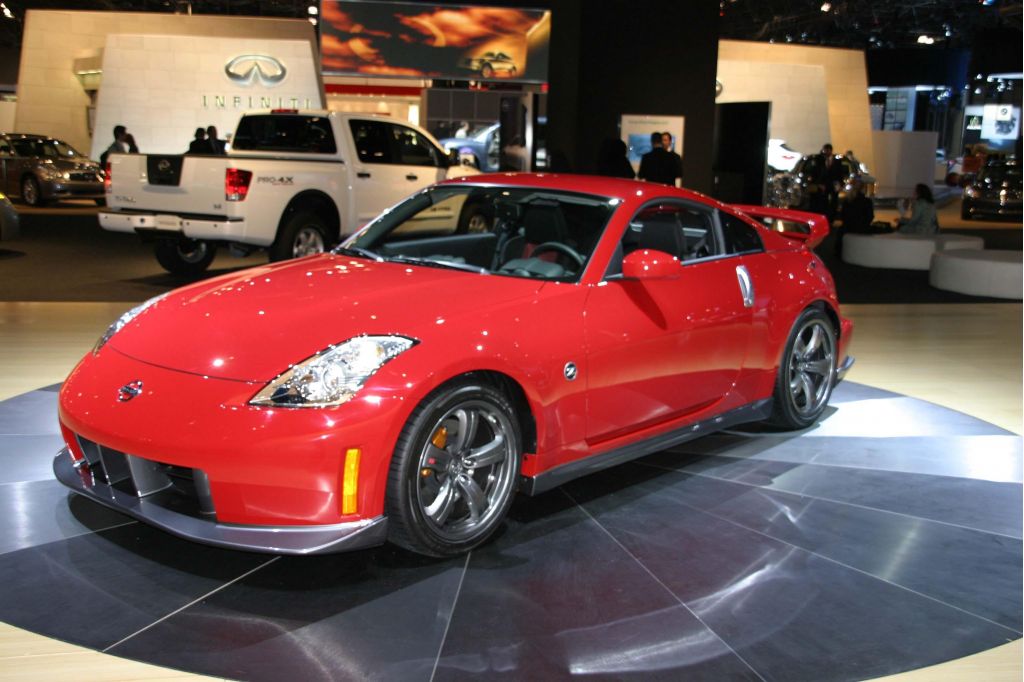 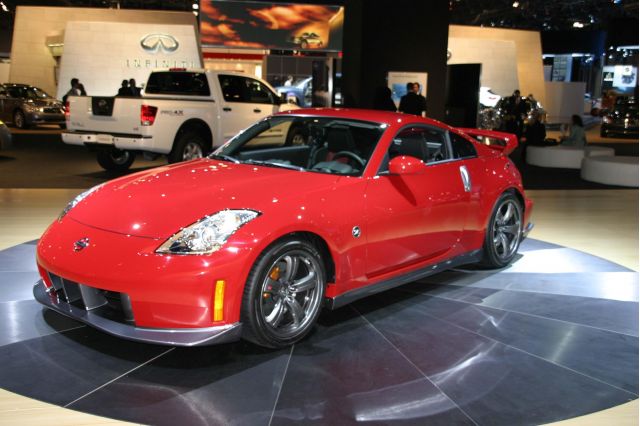 After being denied the love from Nissan’s tuner NISMO division, a NISMO 350Z will go on sale this July as a 2007 model.

Fewer than 2000 units are expected to be sold during the 2007 and 2008 model year run. Pricing, while not set, will retain Nissan’s value proposition of performance for less. Insiders say an under $39,000 sticker is under consideration, and maybe even under $38,000 is possible. The primary competition would appear to be the Porsche Boxster or Cayman.

An aggressive body package with revised fascias, spoilers, skirts and an under car diffuser and rear wing are the most visible changes. The aerodynamic tweaks result in negative lift at speed, according to Nissan. Underneath the car has been tuned for handling with a revised independent suspension and Brembo brakes with four-piston front and two piston rear calipers. Bridgestone Potenza RE050A tires, 245/40WR18 front, and 265/35WR19 with forged alloy wheels complete the package. Additional body welds and special dampers mounted in the front radiator support and trunk to damp vibration and lesson interior noise caused by the tuning.