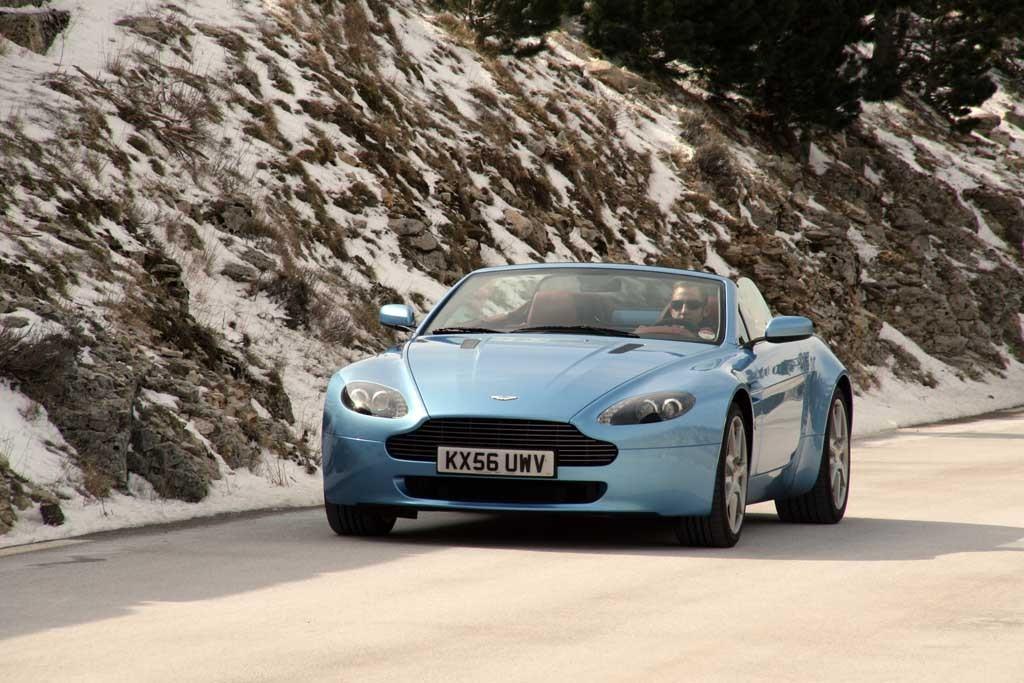 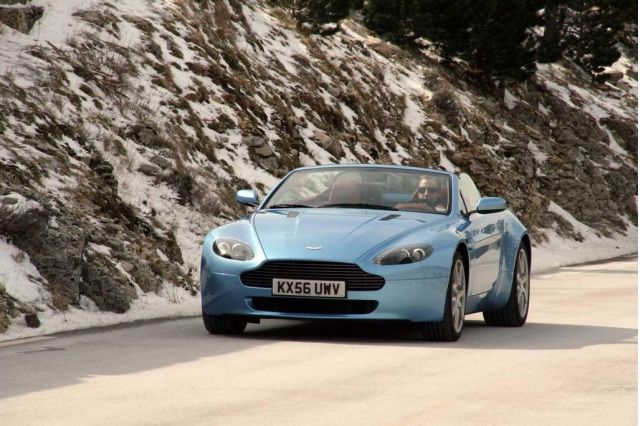 Now let me get this straight. I’ve just flown 4000 miles to test drive the new Aston Martin V8 Vantage Roadster and it’s 36 degrees out there. Okay. Is there a problem? Call it one of the little hazards of the profession. But sometimes, we automotive journalists have to make sacrifices in the name of our work and our readers.

Somehow, I have the sense I’m going to get very little sympathy, despite the chilling to the bone I got driving through the hills and valleys of Provence with the Aston’s top down last week. Well, to be honest, I don’t really deserve much. With the heater blasting and the seat heater up on high, it was one of the most memorable trips I’ve taken during a couple decades of covering the auto industry.

The new Roadster is a remarkable automobile, all the more so in light of Aston’s evolution. Like most folks, my first exposure to the British brand came in the movie theater, watching that super-sleuth, “Bond, James Bond,” chasing down one bad guy after another in a procession of Astons. But it wasn’t until 1987 that I finally had the chance to touch some sheet metal.

It came during a long and boring lull in contract talks between Ford Motor Co. and the United Auto Workers. Along with 20 other journalists, I was sequestered in an overcrowded press room in the back of Ford world headquarters, in Dearborn, Michigan, waiting for any tidbit of news I could get. But that particular day, the headlines weren’t going to be what any of us expected.

David Scott, then the head of Ford public relations, dropped in and asked us to follow him to another part of the sprawling office complex. There, we discovered an Aston DB5 sitting atop a small riser. Moments later, the late Henry Ford II, the Deuce, if you prefer, came in to announce that his company had just purchased Aston for a very small sum, averting the bankruptcy of the sinking British marque.

After the inevitable Q&A session, our group was led back to the press room, but I lingered, intrigued by the glint of something I noticed underneath that DB5. As I crawled under the car, PR man Scott reappeared. “Damn,” he said, “I really hoped no one would do that.” What had caught my eye was an industrial-strength adult diaper duct-taped to the Aston’s oil pan. By that point, it was so full the tape was beginning to pull off. “It was the only Aston we could find,” Scott said, adding, “They all leak.”

They did, anyway. Back then, there was good reason why Aston did better on the screen than on the road. Even with Ford’s help the automaker continued to sink, and by the early 1990s, volume had slipped to a low of just 42 cars a year.

It would take another decade before Aston finally found its way. Whatever you think of Ford’s former, highly controversial CEO, Jacques Nasser, he certainly did right by Aston, recruiting former Porsche executive Ulrich “Uli” Bez to run the company. Bez immediately set out an ambitious product development program designed to reflect Aston’s aspirations to produce, in his words, “great cars, passionate cars.”

The new Vantage Roadster is proof positive, a car you can’t wait to experience, whatever the weather.

We’ll have to wait to see what Aston does under its new owners, led by Britain’s Dave Richards. But with Uli still leading the charge, we only expect things to get even better.

Aston Breaks Out from Ford’s Shadow—TheCarConnection.com