Dirty Diesels Do Damage? Doubt It 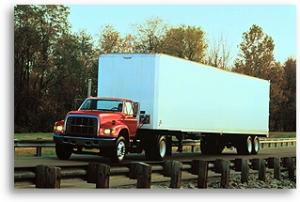 As a 50-year-plus, third-generation journalist, I continue to be amazed at the naiveté or intellectually pliable nature of some of today's supposedly sophisticated practitioners, Bloomberg for instance. On my father's knee I was taught to be skeptical. And I absolutely know that Bloomberg employs some of the world's sharpest business reporters.

Yet here comes a piece in the Detroit Free Press, attributed to Bloomberg, which states the following:

"Washington--Fine-particle pollution from diesel engines shortens the lives of 70,000 people a year in the United States, posing a serious threat to commuters, a non-profit group said Wednesday."

In the first place, what does being a "non-profit group" have to do with the issue? Does being "non-profit" mean it is immune from error, deliberate or simply dumb, or from bending the truth? I think not. In the second place, just how were these 70,000 would-be victims identified? By how many hours, days, weeks, months, years or decades were or are their lives to be shortened, by what kind of calculation? And according to what scientific evidence is the cause attributable to diesel particulates and not some other environmental bogeyman? What peer review has there been of these claims?

The article continues: "More than half of a person's overall exposure to the particles comes during trips to and from work, according to a report by the Clean Air Task Force in Boston." Uh, was that by bus, train, car, bicycle or walking? With the windows open or closed, air conditioning on or off?

"Particulate filters, which remove more than 90 percent of the particles from diesel exhaust, are required on new diesel trucks. But the nation's existing 13 million diesel engines are exempt. Long-term exposure to diesel exhaust can lead to lung cancer, cardiovascular problems, stroke, asthma and infant mortality in the long term, the group said. Short-range problems include nose and eye irritation and lung inflammation."

That's odd. According to exhaustive (no-pun intended) research material posted on the U. S. Environmental Protection Agency (EPA) Web site, it has been devilish hard to isolate health effects from diesel exhaust. Okay, so there are these workers in transit garages in the U.K., which have used exclusively diesel engines for decades, a perfect isolation group to study, right? Except that most of them also smoked, or had worked in coal mines, or had other exposures to suspect substances. Case not made. The science just isn't there -- unless you're a pressure group from Boston trying to jumpstart regulations in Washington, aided and abetted by journalists who ought to learn their trade better.

Indeed, this is nothing new. For decades various health and environmental organizations have been fighting over who gets to use the latest lung cancer or heart disease victim for scary fund-raising or legislation/regulation influence -- cigarettes, coal-burning electric power plants, ordinary car exhaust, you name it. One problem is that it's all statistical relationships; science hasn't figure out yet how to separate the threats in the hard fashion of substance A (and only A) interacts with substance B (and only B) to produce result C.

Personally I don't like being stuck behind smelly, out-of-tune diesel cars, trucks or transit buses, but not because I fear for my health.