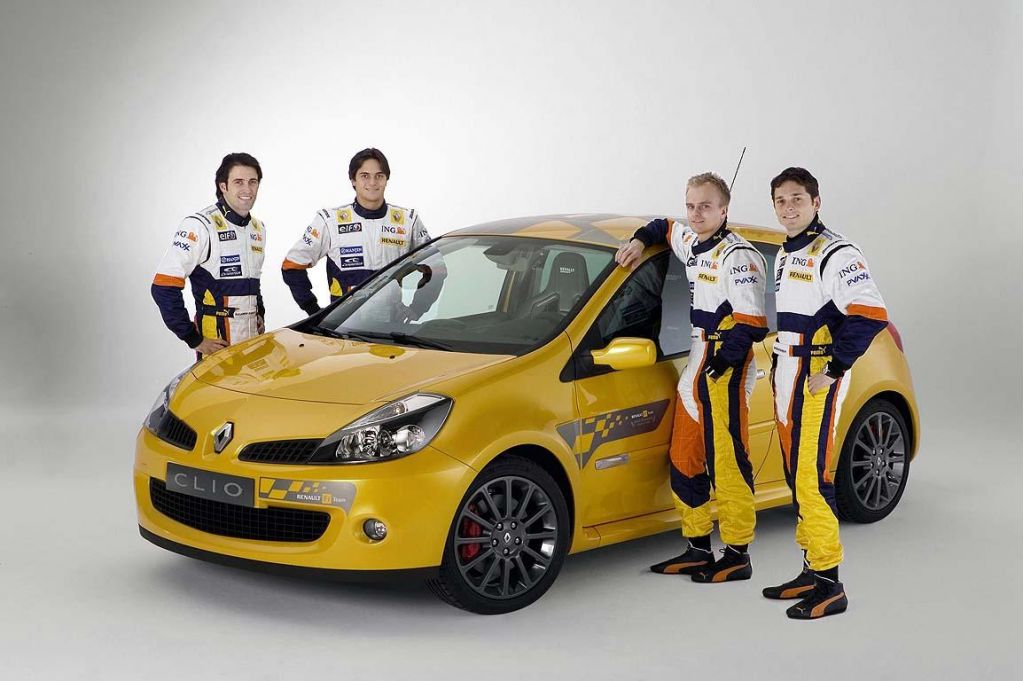 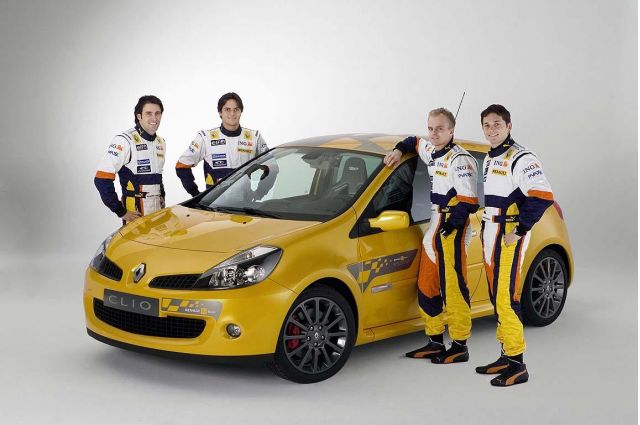 Renault's taking the dog's-breakfast philosophy to Geneva in two weeks. Maybe there won't be any blockbusters on the show stand, but a quintet of new editions could take some of the heat off the French automaker and off Carlos Ghosn, who's faced with slowing sales in Europe and a worldwide dampening over at Nissan.

Renault's plans for Geneva include the sassy Mégane Scenic Conquest, a crossover made over with rugged SUV cues; a Mégane Sport dCi diesel with good performance; an Espace Tech Run, their minivan outfitted with American-style DVD systems and MP3 capability; the Clio Rip Curl, a surf-induced paint and trim scheme; and the F1 Team edition of the Clio pictured here (with some French guys we don't know), celebrating Renault's back to back championships.

Stick around for more Geneva coverage as TheCarConnection reports, blogs, shoots and videos from the show floor in a couple of weeks. Or just sit and chill with your warm Diet Coke. We're all like that too.