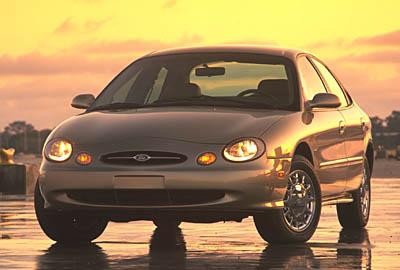 Sometime next week, the Ford Taurus will roll into history. Another instance of Ford dumping a good nameplate, perhaps — and 21 years of history and seven million copies shuffle off into memory with it.

Count me as one of the people double-whammied by the Taurus’ departure. As a former Taurus owner, I have no regrets over the demise of the once most popular four-door in America.

Tauruses had terrible automatic transmission durability, and when we sent ours to its final resting place — CarMax — it was one of the stricken, shifting with great hesitation. But I didn’t have any. The egg-on-wheels tumblehome meant I hit my head every time on the roofline. The seats stank — a weird chemical smell that came from time passing, not from human interaction. The cupholder had long ago broken and a replacement part was worth more than 50 Starbucks visits.

I left the Taurus unenchanted, but it didn’t start that way. In 1991 when I started writing about cars, some would say professionally, the Taurus was being rebaked. That was the model year that the Taurus would become the best-selling car in the U.S., with more than 410,000 copies sold. And it was a decent makeover: a new dash for airbags, a new front end for smoothness, but no sign yet of the over-ovoid silliness that plagued our 1996 model and hundreds of thousands after it. Not until 2000 did Ford correct those bad styling choices executed under Alex Trotman in 1996 — and by then it was too late.

The other stinging blow is to my hometown. When Ford closes up shop next week, it loses a WWII-era plant in Atlanta with one of the company’s highest quality, most productive workforces. Where’s the logic in losing that? It’s a slap that makes no sense to a town that once revolved around its two big employers, Ford and Delta. The plant site might well be absorbed into our behemoth airport, which lies just to its west. Or it could be sold off to real estate developers. But most of us will remember Hapeville as “where Ford used to be.”

Ford’s made plenty of mistakes with the Taurus. It’s still the company’s best-selling passenger car and yet that alone isn’t enough to save it from extinction. Styling killed it with retail buyers. Marketing killed it for them, too. And the Camry and Accord killed it in reliability and progressive image.

But it didn’t have to be this way.