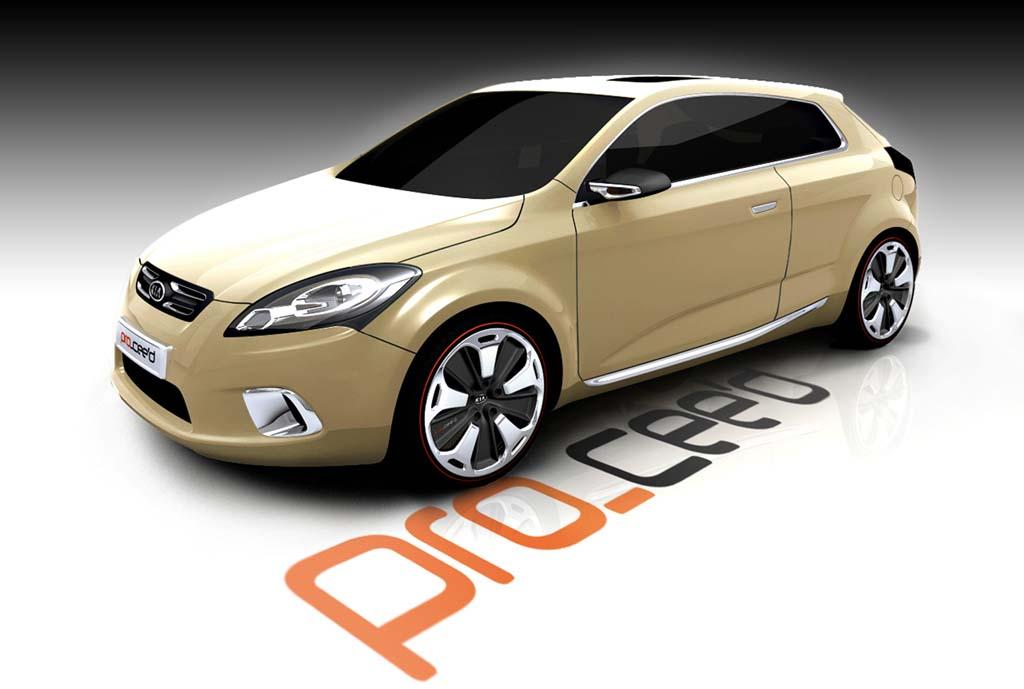 This morning Kia released the first pics of the concept it will show next week in Paris. The pro_cee'd (could you get any more punctuationally difficult, guys?) is essentially the three-door version of the cee'd crossover which goes into production later this year. The big wagon, which made its debut as a concept at the Geneva motor show and will be shown in production form at the Paris show, will take on the name of the concept (pronounced seed), Kia says, in homage to its roots: CE for "European Community" and ED for "European design." The new mid-size hatchback will be built in Kia's plant in Slovakia and is set to go on sale in December of this year across Europe. The three-door concept is expected to head into production also.