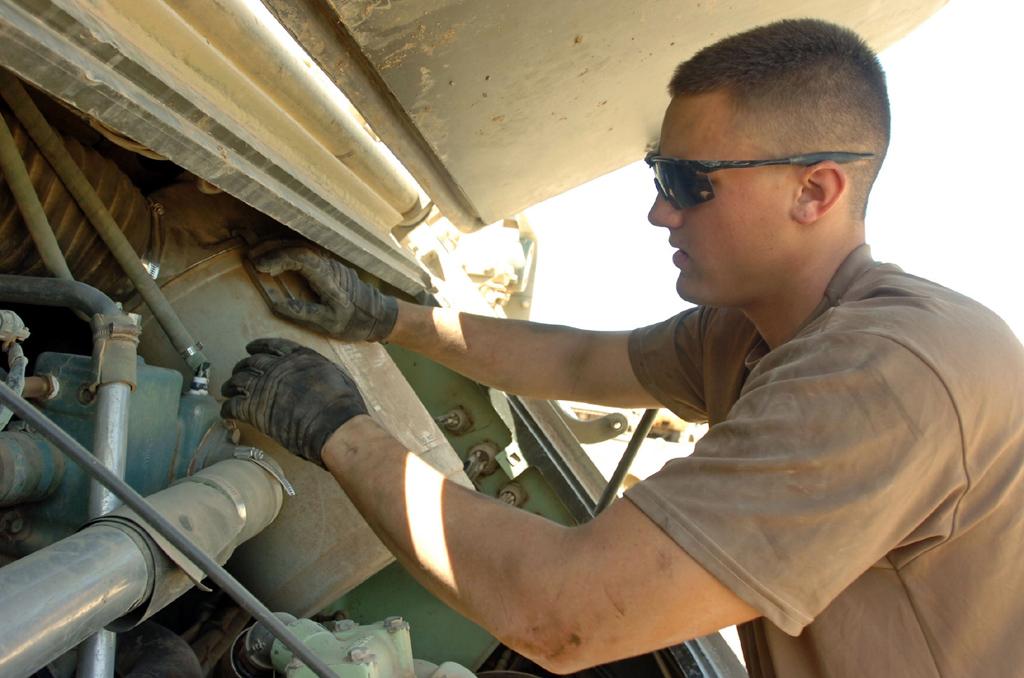 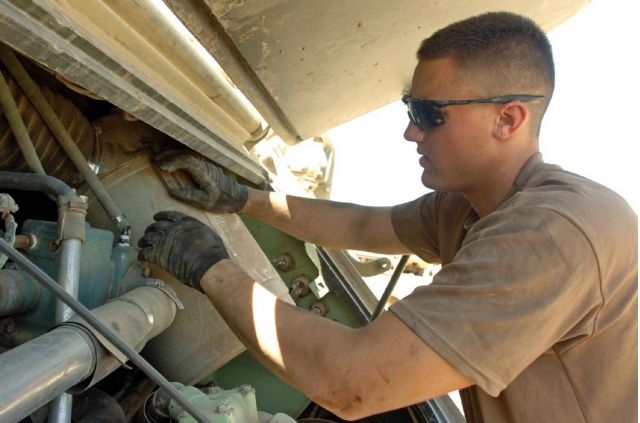 MUQDADIYAH, Iraq - What began as a way to alleviate mechanics' boredom between jobs has turned into a chance to enhance the combat capabilities of the fledgling Iraqi Army in northern Iraq.

Mechanics supporting the 4th Infantry Division's A Battery, 3rd Battalion, 29th Field Artillery, part of Task Force Band of Brothers, have used their downtime to restore both American and Russian-made vehicles for use by the Iraqi army.

The rebuilt vehicles were salvaged from a lot on Forward Operating Base Normandy called the "bone yard," where many of the vehicles had been abandoned since the end of the Iran-Iraq War in 1988.

"We were bored," said Sgt. Michael Mulalley, the maintenance shop foreman. "Not many people in the Army have even used a 109A6 howitzer - let alone worked on them - since they've been out of the Army system for 20 to 30 years."

The American-made howitzers - basically artillery cannons mounted on tank bodies - were used by the Iranians during the eight-year conflict.
Most were abandoned by the Iranians and captured by Iraqi forces, and many still bore Iranian markings.

Mulalley said once his team got the first vehicle running, there was an immediate demand for more by U.S. units wanting to better equip their Iraqi army counterparts.

"Once we were shown how to start one, we tinkered around with a couple of them, and got three of them running," Mulalley said. "By the time we were done, we had 13 of the 113s (a self-propelled Russian anti-aircraft
tank) and three 577s (armored command post carriers) going."

One of mechanics' biggest challenges was working without vehicle manuals.

"All of the work we did, we did looking at it from being a mechanic,"
said Spc. Antonio Van Dyke, a turret mechanic. "We said, 'This goes here' and 'This needs to be done.'"

With so many vehicles to choose from at the "bone yard", not all could be fixed. The mechanics used a simple criterion for selecting vehicles to repair.

"We went through and picked out the ones that needed the least work,"
said Pfc. Derrick Parizek, a light-wheeled vehicle mechanic. "We put some oil and antifreeze in them, and, if they turned over, we fixed them."

Van Dyke and Parizek said they salvaged parts from other vehicles on the lot to make the repairs.

"Most everything we got for parts came from 'bone yard,'" Van Dyke said.

"It takes a different breed of animal to do the work these guys do, and do it with a smile," Morrison said. "Your performance in theatre has been extraordinary, and you are making the Iraqi army a more capable force."

Mulalley said the rebuilt vehicles could be lifesavers for Iraqi Soldiers on patrol.

"If they can keep up on these and take them on patrol, it will save them a lot," Mulalley said. "If they go out and hit an [improvised explosive device] with a 113, it will mess up the 113, but the worst they're going to get is a headache."

Before restoring more vehicles, the mechanics are helping keep the newly rejuvenated vehicles up and running.

"We're teaching the Iraqi army to maintain its own vehicles," Parizek said. "That way, when we do leave, they can maintain them themselves.

"We are mainly focusing on teaching them, rather than doing the work ourselves now."