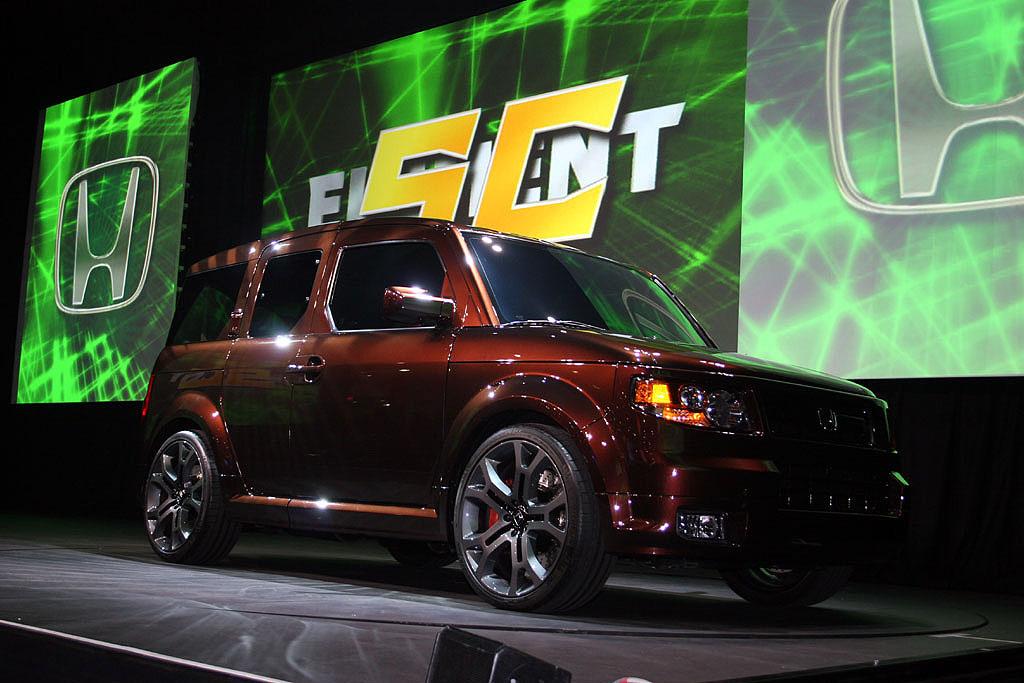 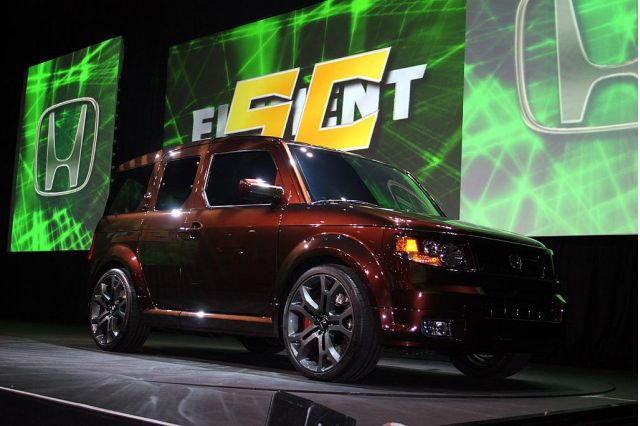 TheCarConnection toured the New York auto show this week, and we were not left wanting. You haven't lived until you almost get run over by a taxi on your last snappy bite of a Sabrett's.

Please, don't let them do this to my Element - or as my San Diego posse calls it, my gay little refrigerator.

Okay, so we fell for this Chrysler/Jeep stunt, mostly because it involved a big firetruck and lots of dirt and our favorite car from the show. But for the record we'll remind everyone that we hate auto-show stunts. Unless they involve firetrucks and dirt.

So, even the Mazda PR folks admit the closeness of the CX-7 and CX-9 are causing communication problems. If journos can't tell much of a difference, how will they get it across in a zoom-zoom ad?

Irony of the season: Ford sells off Hertz in time to revive Shelby-based Hertz Mustang. Someone alert Alanis Morissette before she re-re-releases Jagged Little Pill yet again.

Will a trio of new products be enough to revive your interest in Saturn? How about if we gave you $3000 cash back? For GM, that truly is the billion-dollar question.

Audi's Q7 is the best-looking of the trio of SUVs it calls a family - just because we said so.

The very cleverness of the "Unlimited" name over at Jeep suddenly makes us rethink all of the "Limited" models on the market - and how true the name really can be.

And finally this week, TheCarConnection applauds the organizers of the New York auto show: not for the ease of entry and exit, or for the quality of car introductions, but for the utterly logical placement of both the Starbucks kiosk and the men's rooms. You wanna talk synergy? There's your synergy.