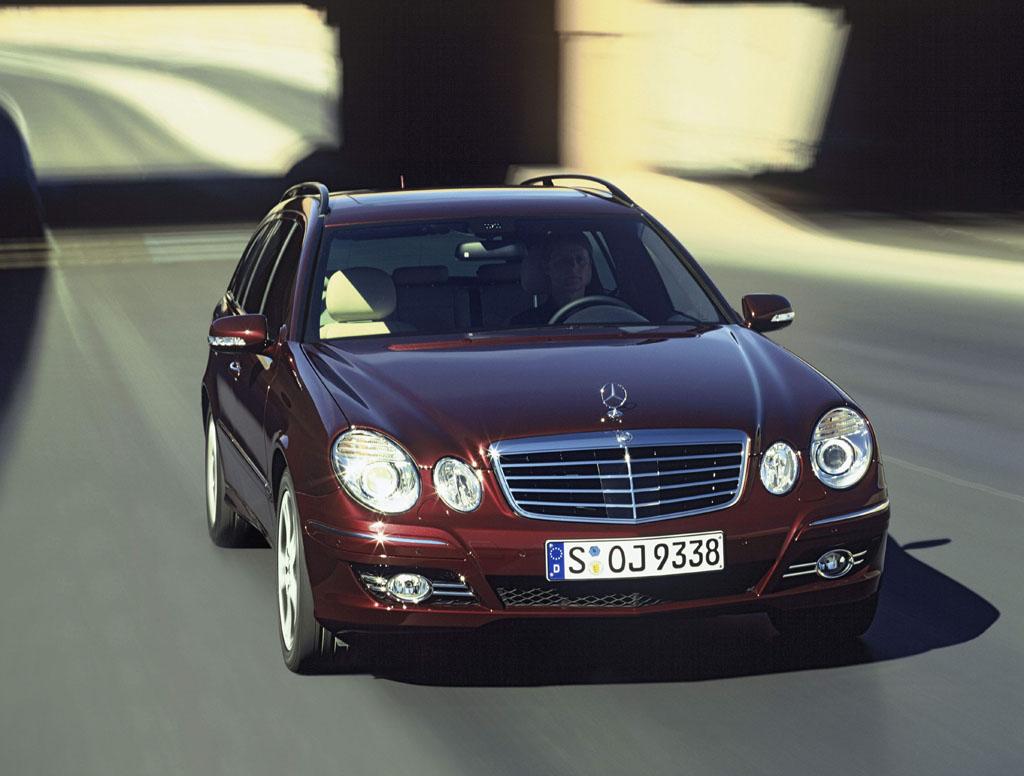 Four years after Mercedes-Benz introduced the new E-Class, the automaker is showing a freshened version in New York. We would call it a facelift, but Mercedes stresses that the E is a new generation as more than 2000 parts are new or updated, and the design has been “further balanced.”

The changes on the exterior are minimal, with a new front fascia and a new V-shaped grille. The headlights are reshaped as well.

More important are the new engines and the new equipment that is standard or available for the E-Class. The diesel engines have been upgraded and deliver more horsepower. The E200 Kompressor now makes 184 hp; the E500 gets the 5.5-liter V-8 engine from the S-Class with 387 hp, an increase of 81 hp over the outgoing version. The E63 AMG gets more power too: its V-8 produces 514 hp and 465 lb-ft of torque. This version is the most powerful E-Class and sprints from 0-60 mp in 4.4 seconds.

Furthermore, the 2007 E-Class will be equipped with the Pre-Safe system which has been applied to the S-Class since 2002. The system works with sensors to detect an upcoming crash and prepares the seat belts by tightening them. Adaptive brake lights and the anti-whiplash head restraints, Neck-pro, are standard, as well as the Intelligent Light System, which varies the light according to the circumstances.

Direct Control is an option that offers an upgraded suspension and provides a 10-percent faster steering reaction for better handling in curves.

The new model is important to keep Mercedes on pace with the competition. In 2005, the E-Class was the best-selling model in the premium segment in Western Europe with a 30-percent market share, first in its segment for the fourth consecutive year.