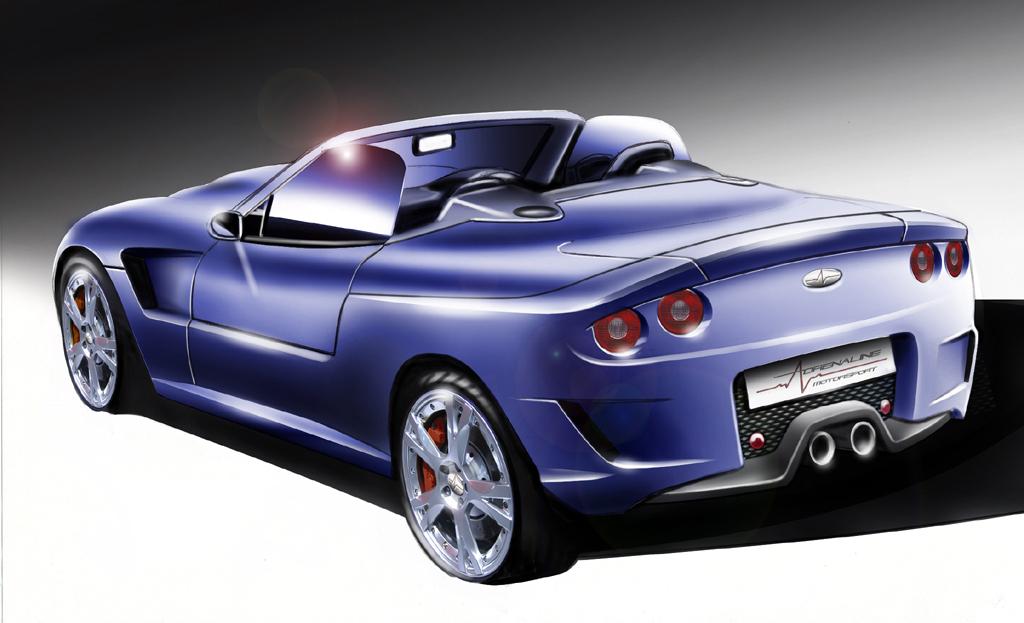 Britain has a rich heritage in low-volume, high-priced sports cars aimed at those with big money burning a hole in their pocket. Historic names like AC and Morgan are as well known in America as they are in the U.K. among a small band of dedicated enthusiasts. But what’s less well known is that there’s also a massive kit car market, using the mechanical underpinnings of one vehicle – usually something fruity – and then giving it a bespoke bodyshell. The latest is codenamed AMS1 and will be priced from just $33,000.

The 2.0-liter, 260-hp two-seater is capable of 150 mph and has a 0-60 mph time of around 4.0 seconds. Tom Taylor is a director of Adrenaline Motorsport in Newquay, Cornwall, which is behind the project. “We’re producing something that not only goes well, but excites the enthusiast. Our aim is to leave a big silly grin on the face of everyone who drives the car!”

Designed to be an everyday runabout rather than something for special occasions, donor Subarus are being sourced from both the U.K. and abroad. A stripped-out track version with no roof and just a flyscreen is also available.

The AMS1 goes on sale in the summer, and will get a proper name “reflective of its character” according to Taylor. Enquiries have already come from as far afield as America and Australia.— Richard Yarrow