What Happens When Airbags Go Bam—Unexpectedly? 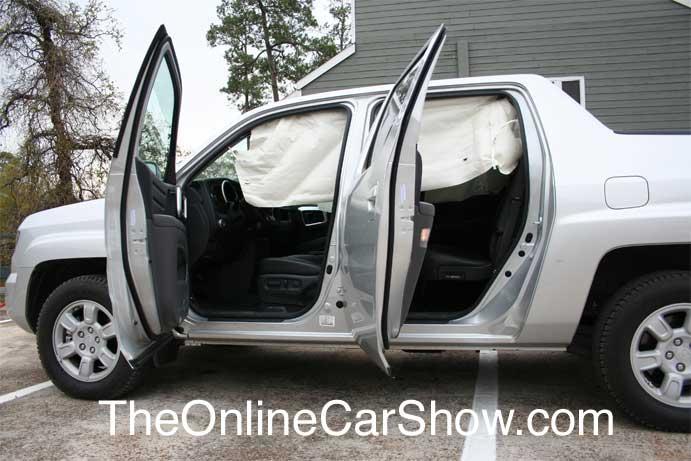 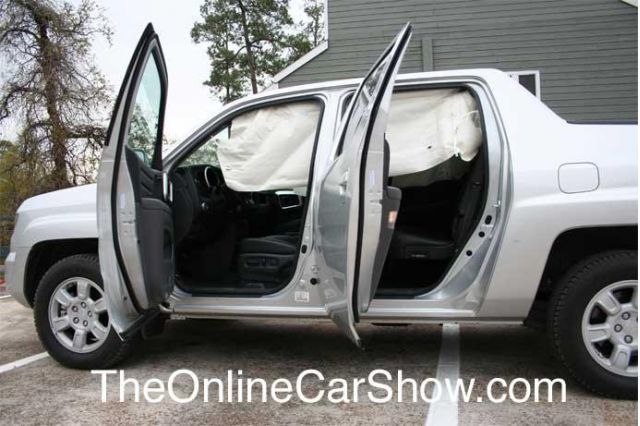 The motoring press often writes about recalls and defects, but it also sometimes fall to us to unearth some of these problems, too. We tend to push vehicles a little further than most people would and because of that we discover things that a customer is only likely to find out about in very extreme situations. I had such an experience yesterday when I was out taking video footage for my new Web site, TheOnlineCarShow.com. I was driving the Honda’s Ridgeline, the 2006 Truck of the Year, and I was sliding it around a little bit on a favorite gravel road to get some nice shots for my voiceover segments.

I had been slithering about in the Ridgeline for about twenty minutes or so and had just set up the camera in a new position so I could get one last shot before the light faded. Entering the corner about 30-35 mph, I was getting ready to break the back end of the Ridgeline loose when both curtain airbags and the driver’s seatbelt pre-tensioner deployed for no apparent reason.

Immediately, I assumed I’d hit something or lifted a wheel off the ground but a review of the video footage revealed that nothing of the sort had happened. The VSA stability system was off; it wasn’t locked in 4WD; I didn’t touch the brakes, the transmission or the parking brake. The truck wasn’t even going very sideways when the airbags deployed and the side airbags in the seats didn’t go off so I cannot understand why it came to the conclusion a rollover was imminent. Don’t forget, I had been sliding it around for a while before the airbags went off and there hadn’t been any problems. Why did the computers pick that exact moment to fire the airbags? Without the video to corroborate my story, most people might assume I'd almost flipped the truck but saved it from going over at the last moment. The video proves that this is not the case. Had I been an owner out playing with my truck on a loose surface (it is tested and marketed as being capable of medium duty) without a video camera there to capture the moment, then I would be facing a very expensive repair now as two rather large airbags, as well as the entire roof lining, seatbelt mechanism and pillar shrouds all have to be replaced.

Right now the truck is at a local Honda dealership and then, no doubt, it will be heading back to Honda North America. Honda has already been in touch and I’ll keep you posted as to the outcome of their findings.

In the meantime, I’ve put together a little film in high and low resolution to take you through what happened. Check it out on www.theonlinecarshow.com and drop me a line to let me know what you think.--Conor Twomey